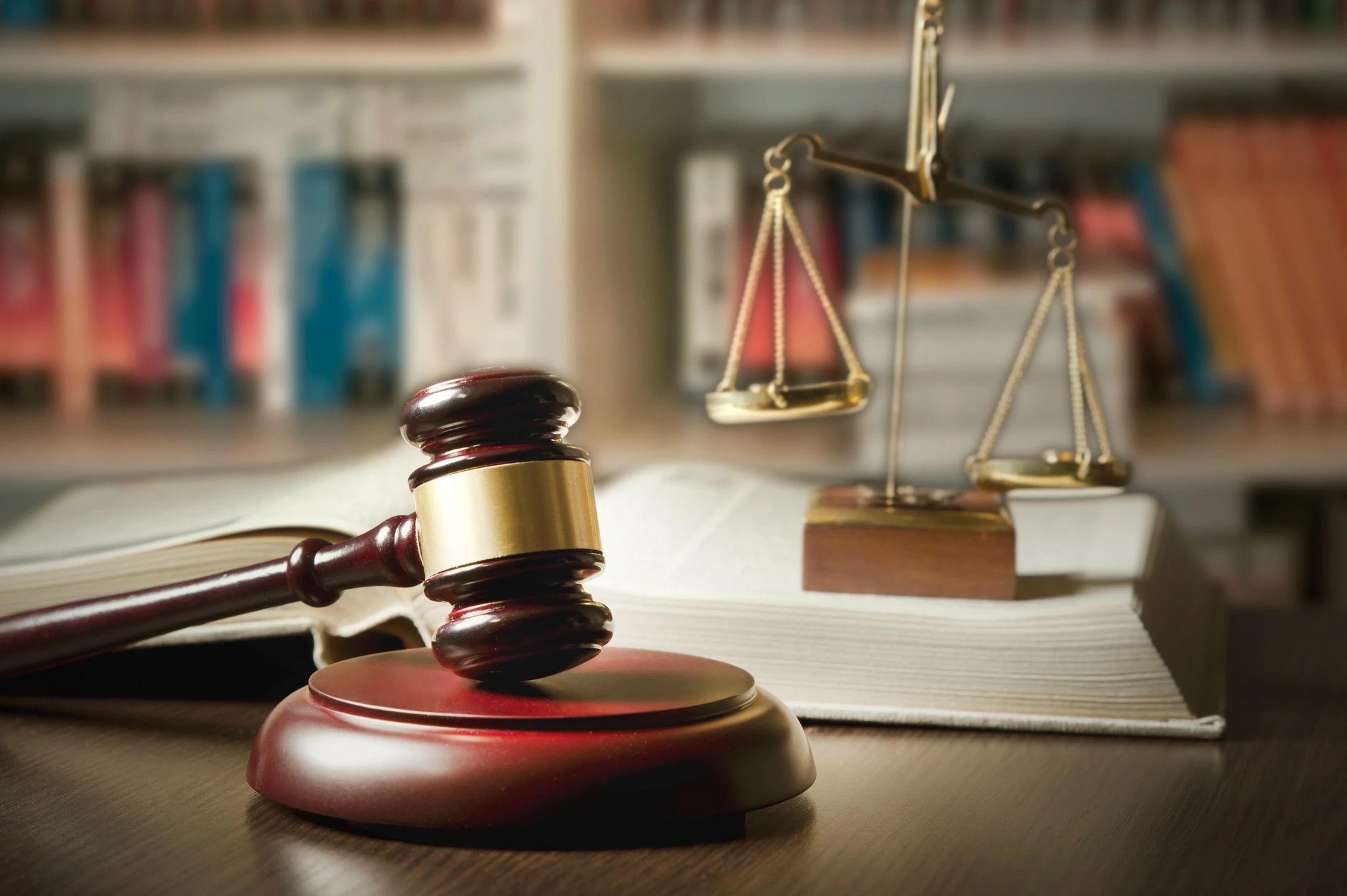 Editor-in-Chief Mohamed Zeeshan spoke with Honourable Justice V Gopala Gowda, a retired Judge of the Supreme Court of India, regarding lawmaking under single-party majorities, the independence of the judiciary, judicial reform, and other issues. During a long and illustrious career, Justice Gowda had also served as the Chief Justice of the Orissa High Court. These are excerpts from the conversation.

Mohamed Zeeshan: Justice Gowda, my first question is around the independence of the judiciary. India’s judiciary is famous around the world for being independent and many countries look at India as a model. But over the years, across governments, a perception – or an anxiety – seems to have built up among the public over the possibility that the judiciary faces pressures from political rhetoric, populism and politics. How real do you think this fear is?

Justice Gowda: I don’t subscribe to that view, but I agree that this is the general feeling among some right-thinking people and people who are defenders of the constitutional institutions. There is certainly some apprehension and fear over the possible indirect interference by other agencies, which may be pushing the independent judiciary to not function in keeping with the constitutional philosophy and the concept of the rule of law. Perhaps some events in the recent past, such as those in Jammu and Kashmir and the Ayodhya case, may have made them arrive at this conclusion.

But let me say that, having been a part of the Supreme Court, I don’t think that the institution as a whole can be interfered with by any agency – much less the political executive or the political class. The Indian judiciary, as per the constitutional scheme, is a very independent and vibrant institution, and it oversees the functioning of the Legislature and the Executive.

Zeeshan: As someone who studies international affairs, I have often pondered over the fact that after an Indian judge retires, he/she is allowed to hold public office – become governors of states and so on. In America and some other countries, this is not typically allowed, and some would say that such appointments leave room for wrong incentives or room for political pressure to prey upon the judges. What do you reckon?

Justice Gowda: In my view, no serving judge must be offered a post-retirement public office, whether a statutory post like Lok Ayukta, or a position in the Human Rights Commission or other tribunals. If you are offered such a position, there is a likelihood of falling in favour of the government. In my considered view, a judge should not aspire for such positions after retirement.

However, the services of a retired judge can be availed by the Executive for the purpose of governing the people as per the Constitution. If there is a great jurist, whose independence is well established and track record is excellent, there is nothing wrong in offering him/her the governorship of a state. Such positions can be given after it has been established by the Executive that the candidate is clearly above all petty considerations – that, if he is appointed, he will discharge his constitutional functions effectively and without fear or bias.

Justice Gowda: Single party majorities and coalitions, whether pre-election or post-election, are only there to govern the people strictly in accordance with the Constitution. Under the guise of having secured the highest number of parliament seats, no government should go beyond the constitutional philosophy. Any political party which forms the government should strictly adhere to the constitutional principles, the concepts of the preamble, and the fundamental rights of the people of the country. This is a pluralistic society and a multi-religion country.

The single-party majority also does not by itself mean that the government has won the majority of the votes. You must take into consideration the views of all the political parties before piloting any law. Such debates are not taking place. This can be seen in the recent events surrounding the Citizenship Amendment Act (CAA). All coalition partners of NDA voted for passing the Bill. But after seeing the reaction of the students in 60 universities all over the country and from people of different walks of life, the Shiromani Akali Dal (SAD) and the Janata Dal United (JDU) said that they have got reservations with the National Register of Citizens (NRC) and the National Population Register (NPR).

This is because the law was proposed and piloted without referring the matter to the Select Committees and without discussing with political allies. It is the responsibility of the single largest political party to consider the opinions of other political parties – to see if they are convinced. All parties must understand the pros and cons – whether the Bill is in conformity with the Constitution; whether the Bill will solve the purpose for which it is being enacted; and whether it will affect the unity, integrity and rights of various sections and religious groups of society. This responsibility is upon the single largest party.

Zeeshan: But does the Supreme Court have a responsibility to make sure that the Parliament is doing its job – that the law is being properly debated and discussed? Or is that outside the Supreme Court’s ambit of power?

Justice Gowda: The judicial review power of the Supreme Court is part of the basic structure of the Constitution. The Supreme Court is required to examine whether the enactment of a law is constitutionally valid or not. While examining this, various relevant factors – including the statement of objects and reasons for which the law is enacted – must also pass the test of the constitutional principles and the test of whether the law will truly advance the good governance of the people and maintain rule of law.

Zeeshan: I want to shift our focus to the issue of judicial reform. Many people keep talking about the need to speed up the judiciary – that there is a huge backlog of cases at each level of the judiciary and that it takes a long time for cases to be settled. Do you think that there is a way out of this?

Justice Gowda: Definitely. India is a vast country and the people of the country have multi-dimensional problems and disputes. Among 1.3 billion people, the number of cases pending in district courts and constitutional courts does not exceed 40 million. With regards to the volume of litigation and the population of the country, this number is not very high. But the corresponding infrastructure, including the number of judges at all levels, is not based on the population. In Australia, Canada, the United States and other countries, this infrastructure is decided based on the population.

Today, the Supreme Court of India has 31 judges. In light of the volume of litigation across the country, the time has now come to have regional Supreme Courts. Infrastructure must be established for this. The number of judges should be determined on the basis of the number of cases which flow from the High Courts to the regional Supreme Court in that region. Appellate jurisdiction of the Supreme Court – cases which come to the Court by appeal – should be bifurcated and constitutional issues (such as CAA, Article 370, Sabarimala etc.) must be dealt with exclusively by 2-3 benches permanently established for the purpose.

Even at the state High Courts and district courts, the same pattern must be followed: You must assess the necessary number of judges based on the population, the volume of litigation and so on, and these must be periodically assessed by the Justice and Law Department. This is not yet happening.

With regards to the adversarial system of litigation in India, tedious procedures are being followed and these must be thoroughly and drastically reformed. Pre-litigation mediation should be exhausted before filing a case. Procedures such as the Civil Procedure Code (CPC) must be simplified. Under the guise of giving fair and reasonable opportunity, the system should not be infected with long-drawn litigation. Decisions must be made then and there.

Such efficient judges should be appointed in district courts and constitutional courts – and they should come from all religions, castes, classes and other backgrounds. This is the job of the Executive in coordination with the respective High Courts and Supreme Court. There must be a system evolved – which will pass the test of constitutional principles – for the selection of efficient judges at all levels.

So, the blame for long-pending cases should not be attributed to the judiciary alone. The system must be completely revamped and reformed. For that, there must be a wing which examines whether judicial academies are functioning, whether teaching and training for judicial officers is on the basis of the current challenges, and whether the training is yielding the desired results. All of these should be periodically reviewed. The Law Commission must function to see why delays are caused. Outdated laws must be repealed and laws for speedy justice must be enacted. All of these things are possible, provided there is collective will.