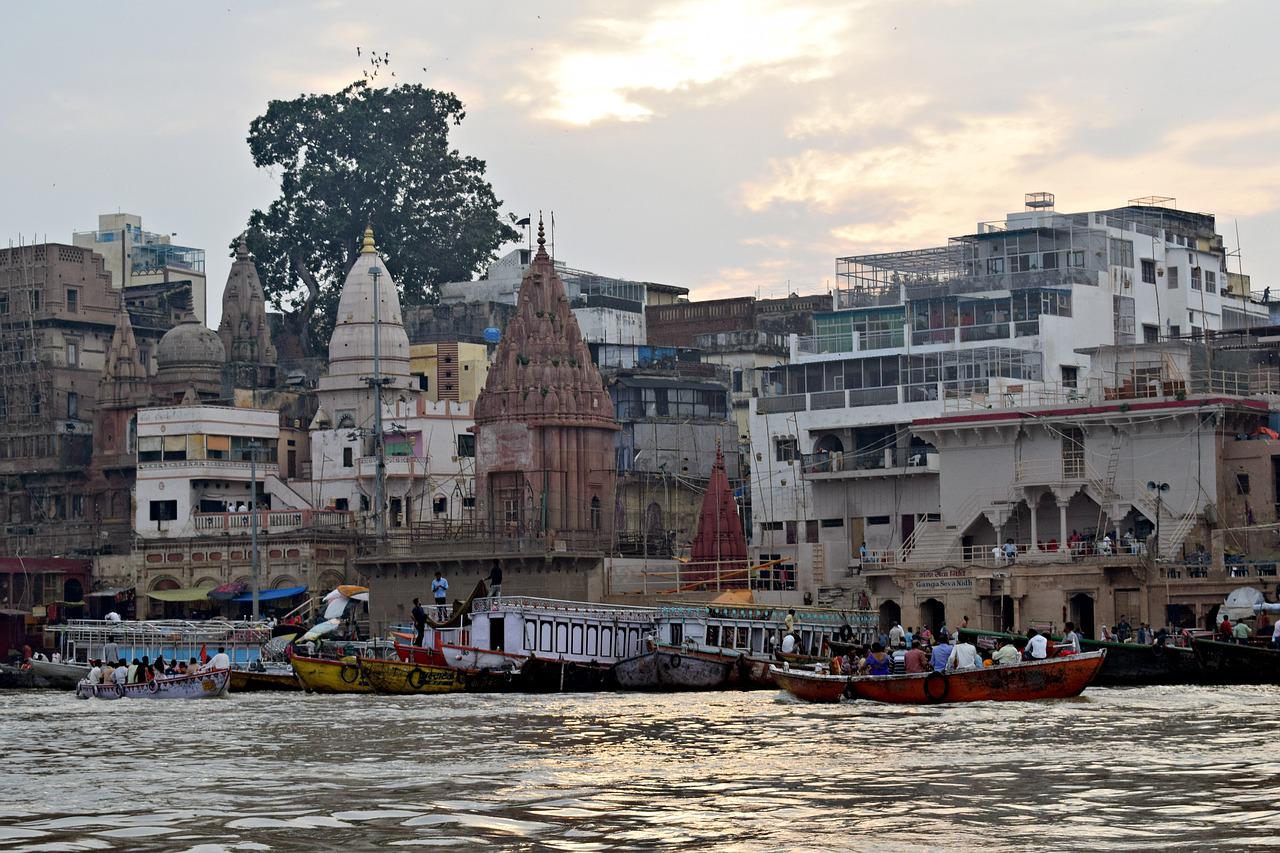 All Opposition parties are trying to differentiate Hinduism from Hindutva in the hope of weaning Hindu voters away from Hindutva. But this narrative plays into the BJP’s hands, demoralises Muslim voters and other suffering minorities, and limits space for new ideas that can counter Hindutva successfully.

Political strategist Prashant Kishor’s refusal to design the Congress party’s 2024 election bid underscores that the erstwhile ruling party of the country is no longer the primary opposition. However, this meeting — which could have been the centre of media discourse for days, if not weeks — was barely covered because of the communal clashes across the country.

The events in themselves were ugly but the matter was made worse by the tepid response from the Opposition parties. It wasn’t as if they didn’t condemn the riots; it was more about the fact that they categorically failed to call out the government’s move of literally bulldozing the fundamental rights of citizens, mostly Muslims.

This lack of public sympathy for the Muslim victims is largely rooted in the idea of not being seen as pro-minority. Shekhar Gupta described this phenomenon as “Secular Islamophobia”: “They [secular parties] won’t say anything rude about Muslims. But they would avoid attacking the BJP specifically for victimising and othering them. They’d rather talk in the more broad, platitudinous sense of the party being sectarian, communal, anti-diversity and so on. But rarely would they be seen at a Muslim event or occasion, in the company of prominent and identifiable Muslims, or fight for their grievances if not causes.”

With this trend now established, one thing is now expected out of almost all Opposition parties in the 2024 elections: to repeat the famous Hindutva-versus-Hinduism rhetoric. The idea has its appeal. It allows leaders to reinforce their Hindu credentials while simultaneously distancing themselves from the BJP’s hard communalism. West Bengal Chief Minister Mamata Banerjee reciting the Chandi Path during the elections and Delhi Chief Minister Arvind Kejriwal using Lord Hanuman’s name during his poll campaign are examples.

While these decisions did make for good optics, by no means did they become deciding factors. Kejriwal pitched better government schools, clinics and free bus rides for women, while Banerjee brought up Bengal pride and harped on her social upliftment schemes. Conversely, leaders who exclusively appeased religious sentiments, but weren’t on the ground throughout or had no concrete alternative policies, failed to generate electoral success. The best examples of this were Mayawati in Uttar Pradesh and Chirag Paswan in Bihar.

Now that most parties are expected to play along with this model of communication, it’s important to set the record straight on what the narrative’s shortcomings are — and for what it’s worth, why voters have so far rejected the Hindutva-Hinduism binary when it comes to committing to a long-term movement.

Confusion Over Religion, Religiosity and Ideology

During the 2016 American presidential election, when Donald Trump’s Access Hollywood tape leaked, many commentators expected religious evangelicals (Trump’s core voter base) to move away from him. However, on-ground reports showed that not many of them cared or were letting that clip become a disqualifying factor. As conservative commentator Ann Coulter pointed out, “No one is voting for Trump’s character, people are voting for his policies.”

Just as the U.S. conservative base knew that Trump’s religiosity was irrelevant given his policy positions, the Hindutva base is not going to change their heart with Hindu-Hindutva rhetoric because they know the Opposition’s policy positions. Their Hinduness is irrelevant to the conversation.

Hilal Ahmed best exposed this cluelessness of the anti-BJP parties: “Their (Opposition’s) ideological templates are out-of-date and they do not have intellectual capabilities to offer any fresh set of political ideas. This is precisely the reason these parties and the intellectuals associated with them are getting attracted towards the Hinduism-Hindutva binary. They want us to believe that the collective aspirations of Indian people are always determined by their religious belief. Hence, the right kind of Hinduism is needed to counter Hindutva politics.”

By choosing to pit Hindutva against Hinduism, the Opposition is trying to equate a modern political ideology with faith. The proponents fail to realise that religion or its scriptures are not the policies people are voting for and that the ideology is not going to dictate what people are or will be worshipping.

It isn’t as if in every part of the world where there is no Hindutva there is inclusivity and secularism, or that where there is no Hinduism there is bigotry and intolerance. There is something inherently human about othering. The excuse for it could be anything, from something you’re born with (such as religion and race) to something you acquire (such as language and culture). To go ahead with the Hindutva versus Hinduism argument is like trying to convince an anti-immigrant Christian to accept refugees by quoting Bible verses. The theology is irrelevant here.

There are several ways to deal with the prejudice induced by the Hindutva machinery but engaging directly with their core competence is not going to work. An amazing example of a leader working on the ground and securing a positive electoral impact was seen in the 2020 American presidential race in the state of Georgia. Local Democrat leader, Stacey Abrams, mobilised thousands of people to make sure the swing state voted in favour of Joe Biden. She addressed voter concerns, and by engaging directly with the masses, she dispelled rumours about Biden.

When leaders decide to flaunt their Hinduness while simultaneously separating themselves from Hindutva, they play into the hands of the “dividing Hindus” narrative. And no matter what spin the Opposition gives to this rhetoric, the Sangh machinery will always have a counter ready because the conversation is still limited around their paradigm.

When BJP swept to power in 2014, they didn’t do so on the back of their ideology. They did it on a campaign of “acche din” (good days), promising development and growth. The dominant ideology of the day was social justice and anti-corruption. The BJP didn’t simply talk about those points but created their own political vocabulary.

So, whenever people tried to confront the then prime ministerial candidate Narendra Modi about his ideology, he simply deflected the point to other important issues. He cornered the Manmohan Singh government and damaged the Opposition leaders personally, robbing them of all their credibility.

It wasn’t his Hinduness or commitment to scriptures that got him the win. It was his promotion of policy choices such as building toilets and creating a new political discourse.

When the Opposition starts aping the government, there’s little reason for communities that see themselves as victims of the regime to rally behind them. The best example of this was the 2020 Bihar elections, when Muslim voters chose to go with a leader like Asaduddin Owaisi instead of their traditional party, the Rashtriya Janata Dal (RJD), because of the leadership’s refusal to address community-specific grievances.

While some like Mamata Banerjee have decided to include all religions in their campaign, they still miss the main point: that voters today have newer ambitions and changed priorities. There’s a reason why leaders like Owaisi of the All India Majlis-e-Ittehadul Muslimeen (AIMIM) and Badruddin Ajmal of the All India United Democratic Front (AIUDF) are winning votes. They wear their religion but also talk about issues that their community faces.

This idea was best captured in a Scroll report after the AIMIM’s by-poll win in 2019 in the Muslim-dominated Kishanganj seat. Local journalist Abdul Karim remarked, “Muslims would often vote strategically to keep the BJP out. But now the BJP is anyway so strong. So, what have we got to lose?”

Overall, despite its short-term appeal, the Hinduism-Hindutva narrative will not work. It’s too narrow-minded and limits the conversation for any new idea to emerge. It also forces voters to choose between religious ideals, which takes attention away from everyday problems. 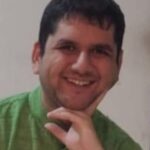