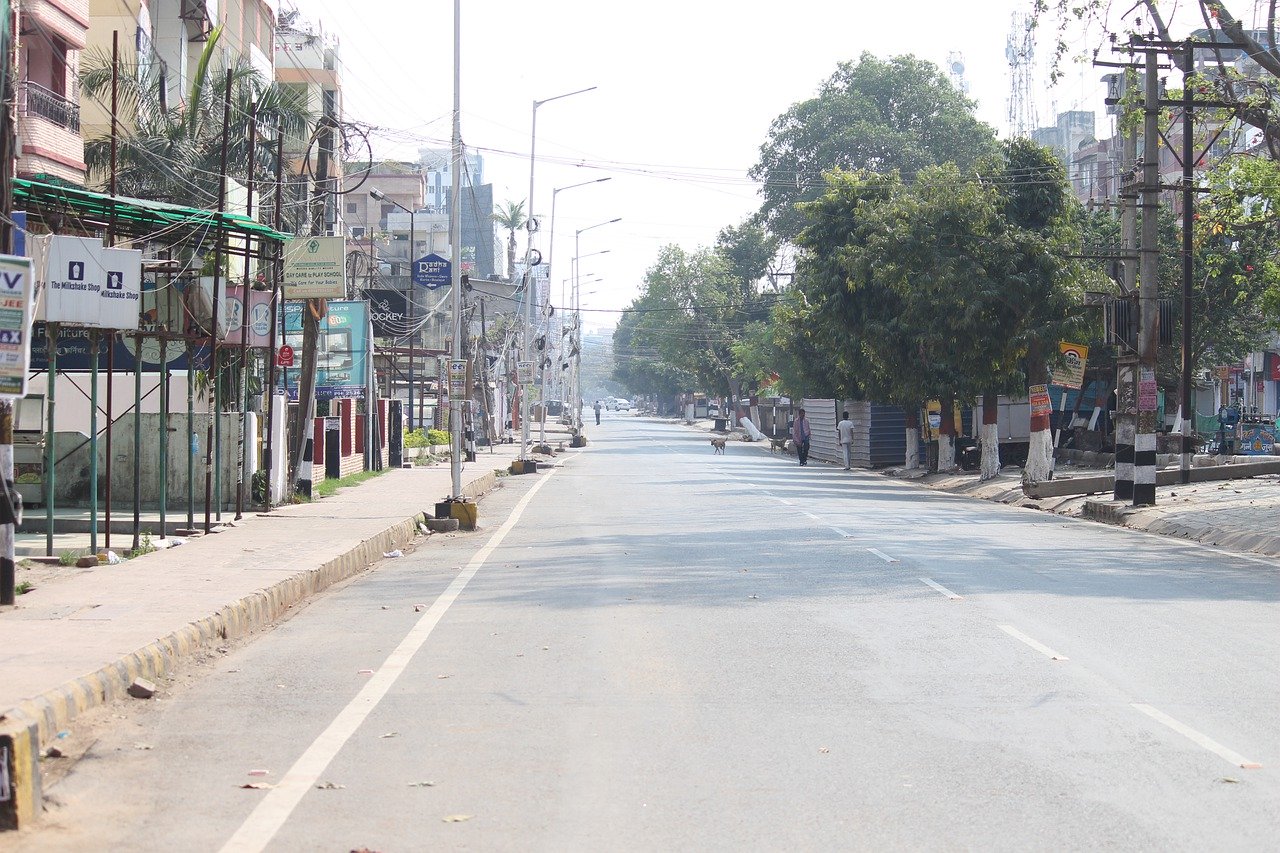 Has the lockdown truly prevented COVID-19 from gripping India – or has the ‘cure’ been worse than the disease? Stories from the ground suggest that the livelihoods of millions of Indians have been harmed, perhaps irreparably, with no coherent policy framework for their revival.

India can be proud of being the fifth largest economy in the world after the U.S., China, Japan and Germany. In terms of purchasing power parity which, in my opinion, is the real economic parameter of a country at the national level, India occupies the third position. These are achievements won over the last three decades which every Indian should be proud of.

But COVID-19 appears to have destabilized India’s economy. Even before the onslaught of COVID-19, the Indian economy was in a depressed and distressed condition, with everyone blaming everyone else, and those in power looking either helpless or indifferent. Some economists were of the opinion that India was already in a recessionary trend. Reports say that the credit offtake for the last fiscal year was around 6 percent – a five-decade low. But this is in fact about 6 percent less than the interest which accrues annually on the loans borrowed. If that be the case, could the credit growth be construed as being negative?

Stories from the ground reflect this disappointing picture. In the last few days, I have met people associated with various sectors of the economy, giving me a first-hand understanding of what is happening on the ground. Their stories make one wonder whether the various stimulus packages announced so far by the Indian government and the Reserve Bank of India are of any realistic significance on the ground.

In the Peenya Industrial Estate in Bengaluru, Mr. James Alukka is an industrialist with over Rs 15 crore of bank borrowings, Rs 5 crore of personal investment and Rs 25 crore worth of assets. He employs about 300 workers (40 percent of whom are contractual). He has had no purchase orders from his regular clients. In normal circumstances, the existing stock in his godown would have been more than enough for sales over the next three months.

Since he is paying interest on the loan taken on these stocks, the price at which he will have to sell his products will be higher. Will the market accept this? He is doubtful. The moratorium announced by the RBI is not of much help either: According to him, “it is like a palliative factor”. The burden of the interest payment is going to be troublesome for him. Except the permanent staff, all other workers have been asked to leave with half their wages in arrears.

In the same Industrial Estate, another friend of mine is the owner of a small-scale industrial unit. He has not opened his factory for more than two months now.  Although he has some purchase orders, given the absence of critical raw materials and insufficient demand to run the factory at full capacity, he finds it difficult to reopen the factory for another 2-3 months. In the meantime, he has been able to pay only 15 percent of his workforce – and at only half their usual wage. He has no money for the current month. But he is also reluctant to borrow any further because that would be an additional burden. His electricity bills remain unpaid.

In the nearby wholesale market yard at Yeshwantpur, all business is practically closed. Farmers are unable to bring their commodities to the yard because harvesting labourers have left Karnataka and there is no transport available for the crops. The commodities will inevitably perish in the farms. Farmers have been forced to default on their loans. While the middlemen are relatively less affected, the supply chain has been completely disrupted.

Outside Bengaluru, in Chikkaballapur District, several farmers are engaged in floriculture, horticulture and the cultivation of other cash crops. This is supposed to be the season for mango plucking. Yet, mangoes remain unplucked, creating glut, while consumers in major cities are forced to pay unaffordable prices.

With no concrete help available to the farmers, their life itself is in great peril, with loans mounting up, produce perishing, labourers absent, commission agents unavailable, wholesale mandis closed and no money available for the purchase of seeds and fertilizers for the next crop season. The situation is quite alarming and perhaps will become worse in the coming months, if the government does not step in.

Of particular note was the pathetic position of a floriculturist – Mr. Krishne Gowda – who cultivates beautiful rose flowers for domestic and international consumption. With no international flights, there is no demand for his produce. Heaps of flowers remain discarded on his five-acre farm itself. To this day, he has had no relief from any source.

The plight of the autorickshaw owners and drivers is even more pathetic – many of whom are now standing in long queues to collect free ration from NGOs. They have not received a single rupee from any source as part of the relief measures announced by the government. Similarly, there are about 2 million maids and domestic helps in the city of Bengaluru. In the absence of income, they have been made to fend for themselves – almost always without food for days together. Yet, there is still no relief in sight.

But the information technology (IT) sector is not doing much better. Mr. Raghavendra, Admin Manager of one of the IT firms located in Koramangala in Bengaluru, said, “We have 156 employees on our roll. We have given each one of them assignments for each day and each week. But due to several reasons, mainly owing to poor connectivity, we have been able to engage with only 47 of them, resulting in heavy backlog in the weekly output.”

Many IT firms have also struggled due to lack of demand from overseas. Crores of rupees earned by them – and also paid by way of foreign exchange and tax to the government – are in serious jeopardy. Meanwhile, property owners are unable to meet their own EMIs due to defaults in rent payments. The moratorium announced by the RBI has been of no use; if borrowers opt for it, the interest burden will only keep spiralling over the future.

The ability of the IT sector to come back to life in full steam, even in the foreseeable future, appears to be bleak. This sector has not received any real relief from the government, despite their large-scale contribution to the economy in terms of employment, foreign exchange and tax payments to the government. Why does the relief package ignore them?

Another important segment in the services sector is the hospitality and travel industry – including star hotels, service apartments and paying-guest establishments. This sector has now become terribly sick. Workers have lost their jobs, EMIs remain unpaid, rent payments are in arrears and the hope of revival remains dark. The government has continued to ignore them.

At first, I believed that professionals would not be affected and that their deep pockets would withstand any economic upheaval. But I have been thoroughly mistaken. Auditors, architects, advocates, doctors and engineers are all in deep trouble, owing to zero demand. One auditor told me that he had lost more than 35 percent of his clientele due to COVID-19. His invoices to his clients remain unpaid. This sector has also been deprived of any meaningful relief from the government.

Small shops, stores and eateries are also contributors to the national economy by way of self-employment. In fact, they make up a significant portion of the demand for produce and products from other sectors. Most of these small entrepreneurs, including hawkers, are believed to take loans from moneylenders, paying not less than 5 percent interest on a daily basis. No relief is in sight for this very vulnerable segment of the population.

The construction industry, which employs millions of workers – mainly migrants – is in total disarray, with projects incomplete, constructed units unsold, no new projects on hand, bank loans mounting and no relief from any source. Some have taken the extreme step of ending their lives.

Stranded labourers – who are the main source of labour in all segments  of the economy and numbering in the millions – are on the highways and roads leading to their native villages hundreds of miles away. Their plight reminds one of the catastrophic events immediately before and after Partition. With no money in their pockets, food eaten only once every 2-3 days, belongings slung on their shoulders and no place to stay, they have been left by the government and their employers high and dry. Till date, apart from sporadic announcements, no relief appears to have reached them. This is a sad state of affairs and has turned India into a laughing stock among the comity of nations.

The situation on the ground appears entirely pathetic in every segment and sector. But here’s the big question: Where is the assistance, support and relief supposed to have been unleashed by the government – supposedly adding up to Rs 20 lakh crore, as announced by Finance Minister Nirmala Sitharaman? Has the lockdown truly prevented COVID-19 from gripping India – or has the ‘cure’ been worse than the disease? The livelihoods of millions of Indians have been harmed, perhaps irreparably, with no coherent policy framework for their revival. 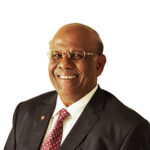 Dr. SSA Khader is an expert on finance and banking. He was formerly Chief General Manager of State Bank of India and served as Chairman of two leading banks in Indonesia.