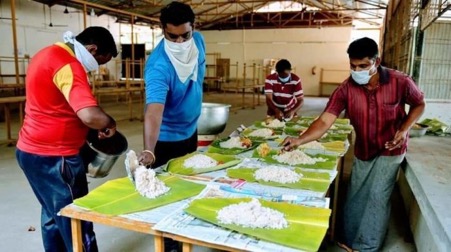 Kerala’s success in the fight against COVID-19 is due to its unique participatory governance model. People have worked hand-in-glove with the government, each complementing the efforts of the other, through community engagement platforms.

Kerala is in the global spotlight for its effective steps against COVID-19. The government’s strategy has even garnered widespread attention across the world. International media outlets and academic journals, including those of MIT and Oxford, have praised the robustness of the ‘Kerala Model’ of development.

In Kerala, over its formative years, the state government – along with its collective organisations and trade unions – played an instrumental role in building up a strong public sector, which has given the state the ability to respond to pandemics and natural disasters. With almost universal literacy and high HDI ranking, the state has always been receptive and reactive to progressive change.

But there is one rather important factor in this story. Not only does Kerala have an efficient government; it also has at its disposal a conscious and responsive society, which is well aware of its roles and responsibilities. It is with this collective strength that Kerala survived the Nipah Virus and two great floods over the past two years.

In sharp contrast to the state of affairs in the rest of India, Kerala’s success in the fight against COVID-19 has to do with its unique participatory governance model. People have worked hand-in-glove with the government, each complementing the efforts of the other. From providing food items to holding media briefings every day, the government made sure that people tided over starvation and were well informed about the situation. On the other hand, volunteers came forward and made sure that government policies are implemented in a timely manner.

Formation of the Sannadha Sena

Kerala Chief Minister Pinarayi Vijayan called upon the youth to join the Sannadha Sena, a community volunteer force formed by the government, given that the government needed manpower beyond that of the state machinery. Online registrations started in the month of March with numerous registrations pouring in to aid the needy. Though the initial plan was to mobilise around 230,000 able-bodied youth in the age group of 22 to 40, the appeal received a massive response. More than 300,000 volunteers – men, women and transgenders – including information technology professionals, medical professionals and skilled labourers, registered themselves with the Sena in a month.

NGOs and youth organisations, including the National Service Scheme (NSS), the National Cadet Corps (NCC) and the Youth Commission, appealed to their volunteers to get involved in the force. Opposition parties also came forward in solidarity to the Sannadha Sena, encouraging their members to register with the force.

The purpose of the Sannadha Sena was to use its volunteers to provide food, other essentials and physical assistance to those who were under lockdown. After the registrations were done, the health authorities examined them for illness and provided them adequate training for helping affected patients, without compromising their own health. The state also gave them the necessary protective equipment and paid for their food and travel expenses.

The structure of the Sena was such that each panchayat had 200 volunteers, while municipalities had 500 workers each and larger municipal corporations had 750 workers. These volunteers scoured their neighbourhoods to find people who needed help. They were especially vigilant in looking out for the aged, the disabled and the homeless. It was through the Sannadha Sena that the government was also able to create a helpline service for assistance.

Realising that the lockdown will adversely impact livelihoods, the government made a clarion call to establish community kitchens across the state to provide food at a low and affordable cost. Thus, at the decree of Chief Minister Vijayan, hundreds of such kitchens mushroomed across 941 panchayats in the state on 25 March.

This led to the formation of an ‘Arogya Sena’, where people volunteered to cook meals in large numbers through the community kitchens. By making effective use of the resources of the local self-governments and peoples’ groups, arrangements were also made to distribute food free of cost to the needy. In an extraordinary move, measures were also taken to directly deliver these free meals to the doorsteps of those who couldn’t afford it, thus protecting and valuing their dignity.

The operation of the community kitchen was done such that two batches of people – one for cooking and the other for distributing cooked meals – were given passes to work in the community kitchen in two timelines. While the food was cooked in the morning, it was distributed at noon, in keeping with protocols of social distancing. As many as 280,000 food packets are being distributed each day in Kerala by these volunteers.

Other than the government, several organisations, local clubs and private individuals also sponsored funds to help run these community kitchens.

Reaching Out to Families Through Kudumbashree

Kudumbashree – a three-tier community network of women self-help groups – was put to use at multiple levels. Not only were they involved in the setting up of numerous community kitchens across nooks and corners of the state; the government was also able to call upon them to reach out to beneficiary families.

Kudumbashree formed 190,000 WhatsApp groups with 2.2 million neighbourhood group members, in order to educate them about government instructions regarding COVID-19. Kudumbashree also circulated a note among all its 4.3 million members on the details of the ‘Break the Chain’ campaign and the need for special care for those above 60 years of age.

Since the continuous lockdown forced people out of work, it was hard for families, especially those who were working in the informal sector, to sustain themselves without any source income. Through Kudumbashree, the government gave away interest-free loans worth Rs 2000 crore to needy families.

In places that were designated ‘red zones’ in Kerala, strict directions were given to the people to abstain from exiting their houses, except for medical and other emergencies. In order to allow people procure groceries and other essentials without leaving their homes, the local self-government units contacted the local Kudumbashree members and granted them permission to procure and deliver essential goods directly to each household.

Various political and cultural organisations in Kerala played a crucial role in reaching out to the masses, taking care of each of their struggling families and distributing essential food grains.

Members of both the ruling CPI(M) and the opposition Congress party mobilised volunteers and ensured that people were comfortable during the lockdown. People who suffered financial troubles were contacted and given support by crowdsourcing funds from the local party workers.

Kerala’s unique effort – which saw both the government and society working hand-in-hand – was only possible because of the localised, grassroots-centric development approach of successive governments. The state has invested heavily in the public sector, thus increasing equitable access to health, education and other basic services. Policymaking has been guided by welfarist aims and by participatory governance, helping Kerala stand out. 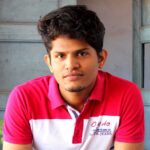 Yadul Krishna is a columnist with the London-based British Herald. An alumnus of Delhi University’s Shri Ram College of Commerce, he writes on issues concerning economy and politics.