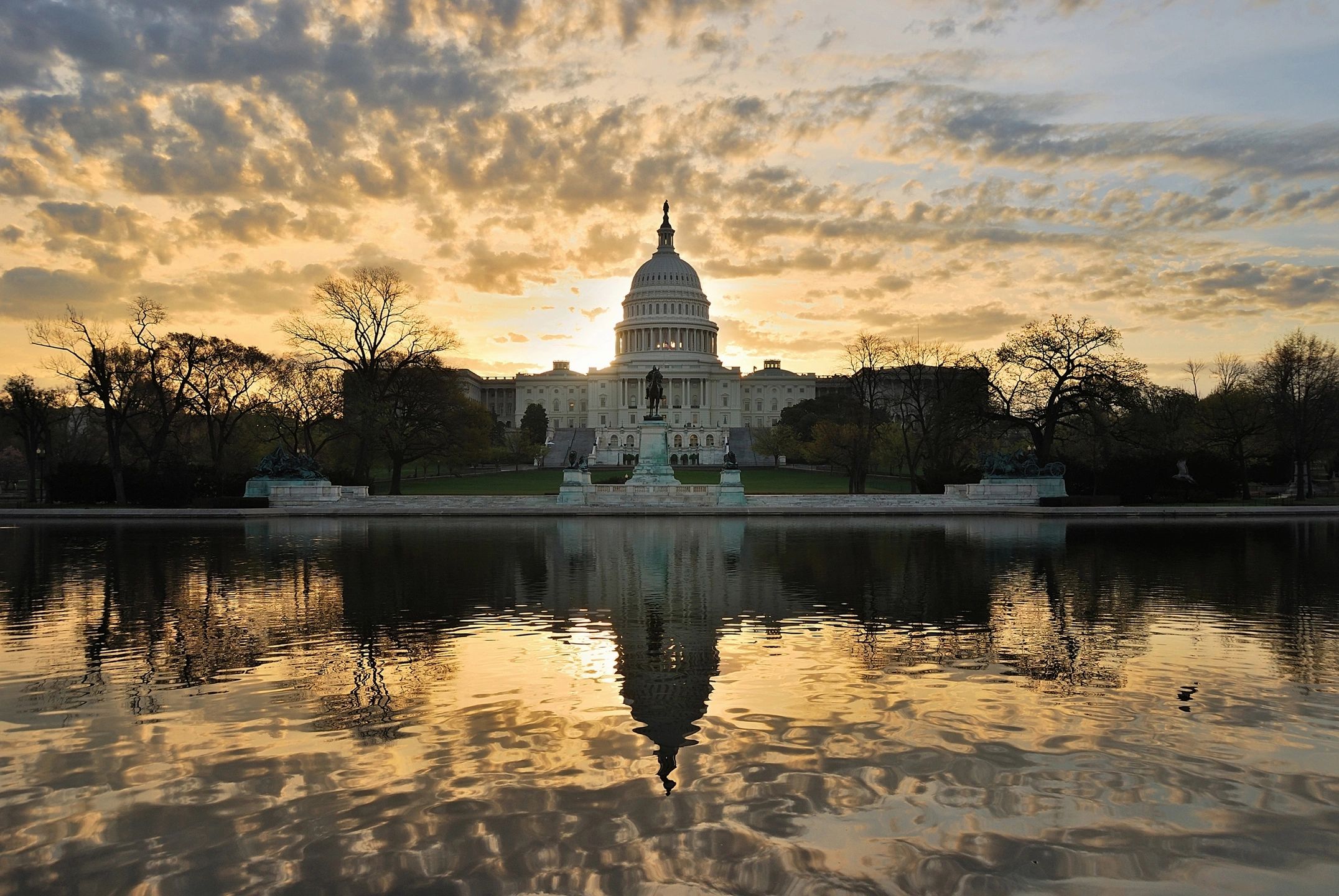 The farcical standoff between the Centre and the states on the payment of ticket fares for migrant workers on ‘Shramik special’ trains is a tragic reminder of the regulatory and bureaucratic incompetence which India’s poor must put up with. Though the matter has since been resolved, such issues could have been prevented from ever arising. A special corpus could have been created, the mysterious PM-CARES fund could have been used, or state disaster relief funds could have been redistributed.

Migrants on very limited budgets were asked to pay for their own journeys home because governments were incompetent and failed to coordinate with each other. The scale of the problem rose exponentially when they tried to hide their own incompetence behind political motives or – worse – the incompetence of others.

On the other hand, systems that give state governments more power – or are more federalised – can adapt far more quickly to rapidly changing local conditions, especially at the lowest administrative levels (panchayats, sub-districts and districts). If people trust their local governments, these localised guidelines are also more likely to be followed.

There are some insights on how this works from the experiences of highly federalised countries such as Germany, Belgium and the United States.

Germany’s response has been widely lauded for its efficiency and comprehensiveness. However, these stories also hide the immense political struggle that was required to realise a coordinated response early on. Provincial leaders across all levels – from towns to provinces – enacted their own independent measures early on, belying the principle that the federal government would coordinate the national response. Eventually, the federal government passed a decree, giving itself primacy in framing the response to the COVID-19 crisis. It also set frameworks to guide the state governments.

Despite reservations that this set a constitutional precedent for the centralisation of power, the strongly embedded federalism in Germany’s political structure eventually allowed for responses to be coordinated yet flexible. The federal government set a base for action, while allowing provincial governments to enact stricter measures if needed. For example, the provinces reached a consensus with the Centre on the reopening of shops and certain sports activities in May, but were given leeway on reopening schools, universities, cinema halls and other activities.

In Belgium, on the other hand, the COVID-19 pandemic ended a year-long political stalemate and instituted a minority government. In Belgium, the provincial governments are divided based on language, into the Flemish, French and German-speaking regions. There are no national political parties and governance at the federal level is based on the coming together of parties from the respective provinces. Governance and political activity in each province is almost completely independent of that in other provinces, making it difficult to institute national leadership. This resulted in the unenviable record of Belgium going over 500 days without a government in 2010-11.

Such lack of coordination would ostensibly make the crisis response more complicated, but fortunately, the regional parties came together to address this crisis. Belgium is much smaller in size than Germany, India or the U.S., thereby allowing targeted measures to work more quickly. The specialised National Crisis Centre coordinated the response. And the severity of the pandemic in Belgium has been far lower than in Germany, though its death rate is a matter of great concern.

Despite the availability of a ‘special powers’ clause for each provincial government, it had never been used until the COVID-19 crisis. The clause is subject to a number of restrictions and checks – and crisis response was carefully monitored to ensure that there was no governmental overreach. This was necessary given the unusual situation of a minority government at the helm, although a vote of confidence elevated it to the status of a ‘standard’ government and gave it wider powers.

In the two cases above, the crisis response was dictated by the understanding that centralised coordination is important, even as federalism remains intact. Strict adherence to the rule of law also helps ensure that such moves are temporary. For example, Germany’s decision to task the federal government with core crisis response powers only applies for 12 months.

The chaotic response in the U.S. was driven by President Donald Trump’s initial dismissal of the crisis, followed by a number of flip-flops on remedial measures, procurement of testing kits, and containment measures. The highly federalised system in the U.S. would ostensibly ensure better response measures at the state level. However, the variation in severity across various states, combined with strong anti-lockdown sentiments in states such as Texas and Michigan, allowed the pandemic to spiral out of control.

Moreover, the refusal to shut down land borders meant that the virus could spread freely. For a virus which does not know national or state boundaries, varied state responses and dangerous public protests against the lockdown certainly did not help contain the pandemic. Added to this, the president also posted a series of tweets asking to “liberate” states such as Michigan, in effect encouraging residents in these states to stop adhering to lockdown measures imposed by their governments.

Belgium and Germany tackled their crises by maintaining consistent centralised guidelines across the country, while allowing provinces a degree of flexibility within them. In the United States, highly individualised responses at the state level were given no ‘anchor’ from the federal government – due to the conflicting messages from the president, delayed assistance to healthcare systems and hospitals, and a refusal to restrict free movement and public gatherings nationwide.

The results of this variance are plainly visible: The U.S. has the highest COVID-19 caseload in the world by a large margin – with well over a million cases – and deliberations on easing lockdown measures continue, even as experts warn of the need for more testing.

Federalism is not necessarily a problem during a crisis. But what appears to be key is consistency, clear communication and coordinated guidelines, while allowing state governments flexibility within those guidelines. State governments must also accept the need for centralised coordination – and all players should respect the rule of law, which prevents overreach. These factors allow provincial governments to react to their specific, localised situations and implement targeted measures, while still maintaining nationwide consistency on some accepted ground rules. This sort of ‘anchored flexibility’ best exploits the advantages of a federalised system.

India’s situation was more complex. First, the government had to contain the spread among a massive population where inequality is widely prevalent. Unlike in Germany or in Belgium, the vast majority of India’s population is poor and lacks the resources to survive any stoppage in income. Second, India simply did not have enough isolation beds, intensive care wards or ventilators for a widespread outbreak.

As a result, India had to institute a large and sweeping lockdown to prevent the disease from spreading. Moreover, given that COVID-19 patients take about two weeks to exhibit symptoms and that many are asymptomatic, the lockdown had to be long. Second, given the inequality within India, the government needed to specifically plan for the most vulnerable sections of the population – the poor, those in rural areas, informal sector workers and, most importantly, migrant workers.

Unfortunately, two and two were not put together. A sweeping and harsh lockdown was announced, but the government almost completely missed out on reassuring the poor that their concerns would be taken care of. The result was an enormous exodus by migrant workers from cities across India.

Meanwhile, state governments scrambled into action to contain the movement and restrict the spread of the disease. Reports of police brutality against the migrants serve as reminders of India’s abjectly inadequate preparations: Instead of viewing migrant workers as being vulnerable to the pandemic, authorities saw them as a threat to everyone else.

Restriction of movement is key to containing the pandemic – and it may be argued that the state governments (who almost exclusively took the lead in deciding how various migrant populations would be aided) were only reacting to an immediate threat. However, the question is not that events played out this way, but why. It is clear that pre-crisis planning completely failed to comprehend the scale of the migrant presence in cities. Authorities also failed to account for the panic that a stringent lockdown would cause amongst them – a very easily foreseeable outcome given that more prosperous Indians abroad chose to come home as the crisis initially started spreading.

There are lessons India can learn from the German, Belgian and American experiences. To begin with, clear and consistent information is key. Conflicting information on who should pay for train tickets, train schedules, road transport and other issues only adds to the confusion for people. Second, when certain patterns or activities can be reasonably predicted over the medium term, the distribution of responsibilities must be concrete and final. If trains for migrant workers are being started and it is clear that they will be in demand for some weeks, the issue of ticket fare and payment should be decided beforehand. Whether it is the states, the Centre or both that will pay for the tickets, a process needs to be confirmed in advance.

Third, polarising politics needs to be set aside. Belgium formed a minority government in exceptionally difficult political circumstances because it recognised the scale of the crisis. Meanwhile, scuffles between West Bengal Chief Minister Mamata Banerjee and the Centre helped nobody. ‘Discrepancies’ in case count affect human lives and the key is to ramp up testing and find grounds for Centre-state engagement. Blame games do not help; they leave the vulnerable stranded. The lesson for future crises is this: Coordinating efforts nationwide while allowing some flexibility at the grassroots is the key to efficient crisis response. 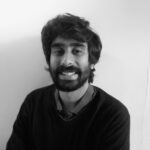 Aditya Srinivasan is a researcher and policy analyst on migration and mobility. He is a graduate of Sciences Po, Paris and has previously worked as an Emergency Responder for refugees in Lesbos, Greece and at Brookings India.