Whenever there is a one percentage point increase in poverty, there is always a 0.7 percent increase in child labour. With falling family incomes, many children might choose to stay out-of-school even after the pandemic subsides, in order to add to the household income.

The International Labour Organization (ILO) has defined ‘child labour’ as work which deprives an individual of their childhood, potential and dignity, and has an impact on their mental and physical development. Child labour is the force which pulls children away from attending school and thereby deprives them of higher opportunities in life.

India is home to the largest child population in the world with 472 million children. As per the 2011 Census, 10.1 million children between the ages of 5 and 14 years suffered child labour. The key areas of work as per that year’s census were agricultural activities (32.9 percent) and household industry (5.2 percent).

Efforts to fight this challenge have been afoot at both the global and domestic levels. ILO Conventions paved the way for laws to prevent child labour within the Indian legal framework. Article 24 of the Indian Constitution prevents the employment of children in hazardous industries – and this effort is strengthened by the Child Labour Amendment (Prohibition and Regulation) Act, 2016 and the Right to Education (RTE) Act, 2012.

However, COVID-19 and its associated lockdowns have raised concerns among members of civil society and academia. According to some estimates, more than 40 million children in India have been impacted by the pandemic, with the majority of them belonging to poor families. The pandemic has especially hit children living on the streets, who have taken shelter in slums, under flyovers, and in railway stations. Some children have had to take the long trek back to their native villages.

Meanwhile, several experts have also highlighted an increase in child labour across the country, owing to various financial, social and other factors.

Even before COVID-19 hit, 6 million children were estimated to have been out of school in India. But as a result of COVID-19, a whopping 247 million children are unable to go to school, along with 28 million children who were gaining pre-school education from the Anganwadi centres. While classes have shifted online, only 24 percent of students have access to the internet or technology in order to attend them.

Given that schools are closed, children are now at risk of being engaged in various small jobs. This has posed a challenge to the RTE Act: Since 2009, compulsory education under this Act has been used as a medium to prevent children from falling into child labour.

Besides education, state-funded schools have also been providing basic nutrition and social security to these children through the mid-day meal programme, as well as sanitation via the provision of sanitary napkins. These schemes have acted as incentives for students to attend school.

A joint study by ILO and UNICEF raised concerns that, with schools closed, absenteeism would increase, as a number of children might opt out of schools in order to take up jobs to support their families. The study noted that whenever families seek more financial support and need income for sustenance, child labour spikes. Whenever there is a one percentage point increase in poverty, there is always a 0.7 percent increase in child labour. With falling family incomes, many children might choose to stay out-of-school even after the pandemic subsides, in order to add to the household income.

In the wake of COVID-19, increased financial distress and loss of jobs among migrant workers and others can also bring an increase in child trafficking. Lack of employment opportunities could also force families to work in hazardous conditions – and children are more susceptible to work for less pay and longer hours in such circumstances. Hence, social protection policies need to be strengthened to protect vulnerable families.

In India, child labour is especially prominent in informal workplaces, where unskilled labour is preferred. The growth of the informal sector and rising unemployment in the wake of COVID-19 can therefore escalate child labour. Informal enterprises do not often consider the well-being of their labourers, in terms of health or nutrition.

The ILO and UNICEF have played a crucial role in reducing child labour and providing fair working conditions over the years – and the two organisations have developed a response for the present crisis as well. The ILO has adopted a framework to support small and medium enterprises, ensure provision of employment, and provide space for social dialogue to resolve immediate problems. Meanwhile, UNICEF has started its own initiative to keep children safe and healthy – providing them with resources for learning and protecting them from violence or abuse. In its advocacy plan, UNICEF has focused upon the impact of the shutting down of schools, the importance of social safety nets and the need for an adequate policy response to protect the children.

NGOs dedicated to the welfare of children in India have also raised their own voice. The Bachpan Bachao Andolan (BBA) filed a writ petition to prevent child trafficking. In response, the Chief Justice of India asked the National Disaster Management Authority to take steps to prevent child trafficking. Along with this, a number of organisations have demanded that children have access to critical and essential services.

But the best way to prevent the challenge of child labour is to strengthen social policies, including basic services such as the Public Distribution System (PDS), healthcare, education and employment.

In the stimulus package presented by the Finance Minister, there have been provisions of free food for 80 million migrants, along with plans for affordable housing and benefits for the agricultural sector. This package might help in sustaining families and keep children away from child labour. But it is essential to implement this package at the earliest and ensure monitoring and accountability in its execution.

Social safety nets are the backbone of any society, as they provide support in crucial times. India needs to provide a basic standard of living and human rights to all its citizens – and especially its children. 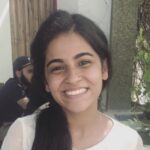