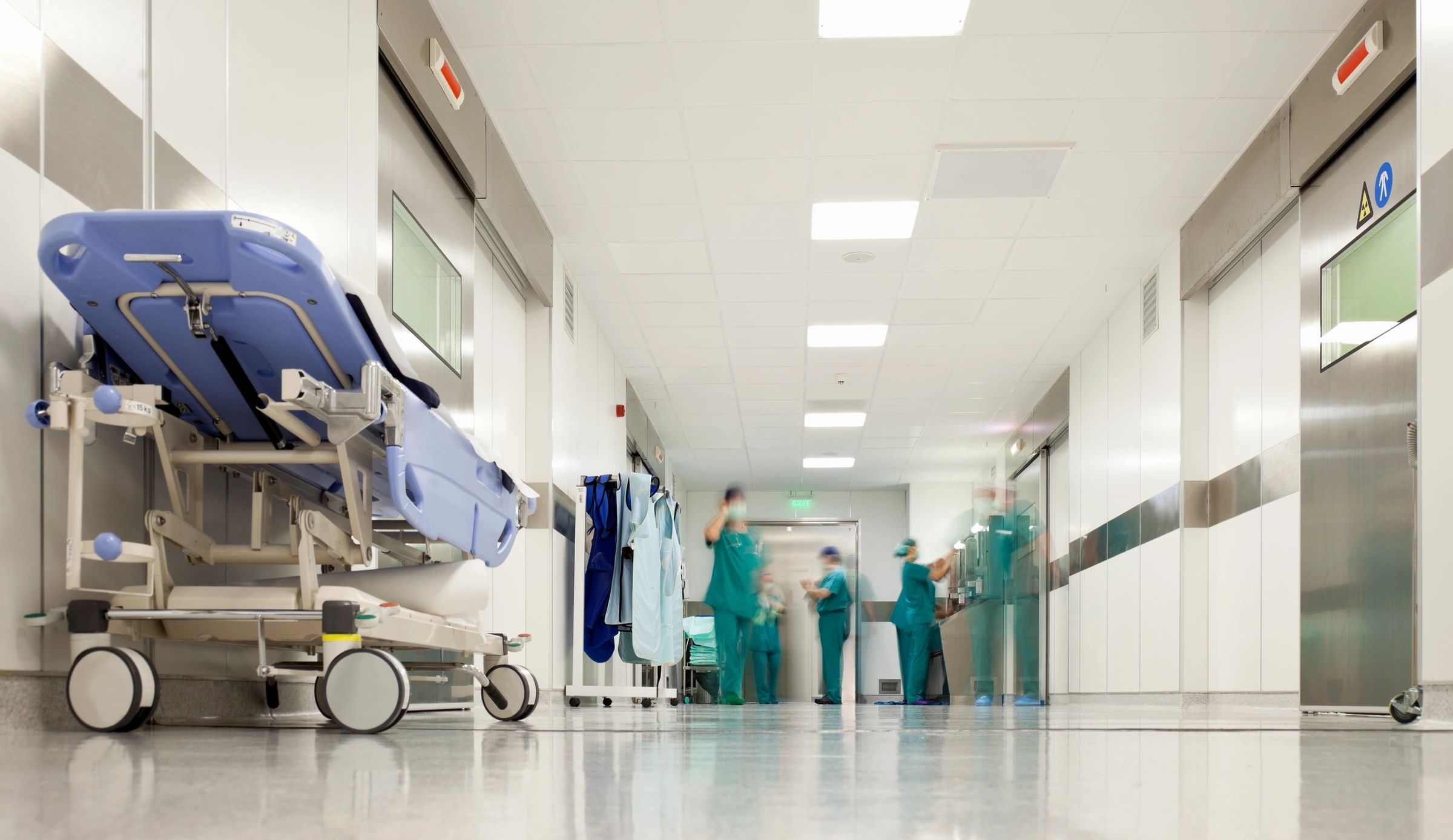 The Indian healthcare system centralises all major responsibilities on doctors, which has resulted in lackadaisical care, improper diagnosis and improper communication with patients. This is especially painful for elderly patients. Luckily, a solution exists – and it’s from the Netherlands.

Last January, I remember receiving a phone call from my aunt informing me that my 76-year-old grandma, who was battling cancer at the time, was being rushed to the hospital. She passed away five days later and her death exposed some fundamental problems with the Indian healthcare system. A key reason behind her death was improper diagnosis and poor interim care. Despite getting frequent health check-ups over the years, the doctors were unable to diagnose the illness early-on.

After being diagnosed with third-stage cancer in 2017, she was required to travel in Hyderabad’s chaotic traffic and wait indefinitely at hospitals to get tested every fortnight. She would frequently complain about the arduous waiting process involved in receiving treatment.

It is undeniable that India faces an acute shortage of doctors. With less than 0.1 doctors per 1000 patients – much lower than the standard of 1 per 1000 set by the World Health Organisation (WHO) – Indian doctors are bombarded with a heavy patient load which in turn results in improper diagnosis that puts patients’ lives at risk. The hierarchical structure of the Indian healthcare system centralises all major responsibilities on doctors, which has resulted in lackadaisical care and insufficient communication with patients.

A study estimated that 4,300 Indians die every single day due to poor quality healthcare. According to estimates by the All India Institute of Medical Sciences, India’s population is expected to have 20 percent of the world’s senior citizens by 2050 (of 60 years of age and above). To put things into perspective, one in five people in the world who are aged 60 and above will be Indian. With the cost of elderly care growing much faster than the economy as a whole and a GDP spending of just over 1 percent on healthcare, 70 percent of health costs are paid by citizens out of their own pocket, due to which at least 7 percent of the country’s population is pushed below the poverty line each year.

While today’s healthcare system caters sufficiently well for acute and critical care in major parts of the country, there is a recognised need for interim care and daytime post-acute treatment care, for the older and disabled population. This is especially true in the case of rural India where medical facilities are ill-equipped to care for elderly patients. Medical care for the elderly in India is volatile, inconsistent, expensive and does not meet their required needs. It is on this precarious but significant issue that the ‘Buurtzorg Model’ of healthcare can help improve the status-quo if implemented in India.

The Buurtzorg model, which originated in the Netherlands, has created a new management approach characterised by a ‘trust and choice’ model with a flat organisational structure, through which a wide range of healthcare services, facilitated by information technology (IT), is provided to patients. The model strives to deliver high-quality care at a low cost through the deployment of self-governing nurse teams working in defined geographical areas supported by a small national administrative team known as ‘Back Office’ and ‘Buurtzorg Coaches’.

Across the world, countries such as Australia and England, have attempted to replicate the Dutch model to ensure appropriate healthcare facilities are available for the elderly. According to a report by the Royal College of Nursing in the UK, the Buurtzorg model is believed to cut long-term costs by 30-40 percent and supports the delivery of non-emergency care closer to home or in a homely setting, which results in early diagnosis and lower mortality rates among patients.

The main factor in Buurtzorg’s success can be narrowed down to establishing a healthcare system based on principles of trust. This model of community-nursing has reduced bureaucracy and loosened the strings of control, and has instead focused on positive clinical and personal outcomes as the main measure of its success. The model delivers not only a high-quality healthcare service but also includes other support functions such as bathing and dressing of the elderly and tending to their needs.

The replication of the Buurtzorg model in India can help in supporting local nursing services by increasing nurses’ autonomy and enabling them to deliver patient-centered care. This will help paramedical forces to provide interim care to non-critical patients and ensure early diagnosis of illnesses and more personalised testing, especially in rural India where there is an acute shortage of medical professionals.

The approach of the Buurtzorg model can result in cultivating an entrepreneurial culture among the frontline healthcare providers, which supports and trusts them to present tangible solutions to many complex challenges faced in the Indian healthcare system such as doctor shortage, poor interim care, long waiting times and exorbitant costs.

One major hurdle in implementing the Dutch model will be developing the required IT infrastructure for it. Despite India spearheading innovations in the field of IT, most of the work in the Indian healthcare system is done manually, with little sign of digitalisation. The Dutch model relies heavily on the information technology system for online scheduling, documentation of nursing services, and billing.

Another problem with a digitalised healthcare system is upholding data privacy. Sharing patient data over online networks comes with a heightened risk of invasion of privacy and unauthorised disclosure of personal information such as a patient’s medical history to others. This presents the possibility of misuse of data by third-party organisations. There is also a possibility of cyber-attack or hacking which can lead to issues such as identity theft.

As replicating the Dutch model in a hierarchical system like India is not an easy task, we need empowered and confident groups of people to enable such a revolutionary shift. Support will be needed from the National Medical Commission (NMC) along with healthcare practitioners across the spectrum. Giving up power and taking on power are the two sides of the same process.

In order to replicate the Dutch model, the Indian healthcare system must consciously shift from the centralisation of power and authority placed on doctors, to a localised system with responsibilities decentralised and placed on well-equipped paramedical forces and the nursing community. There should be a clear blueprint of a new support culture. Such a framework should present a clear and concise statement of what each decentralised team is accountable for, and thereby, define the boundaries within which they can operate and the output they are expected to deliver. In such a scenario, the role of the Ministry of Health and the NMC becomes one of creating the right conditions for medical professionals to provide the right service at the right time.

Bureaucracy has plagued the Indian healthcare system with unskilled medical professionals and has fostered learned-helplessness. It is indisputable that even in the Buurtzorg model, physicians, hospitals, and clinics have an important role in healthcare. However, their presence is tangential to the enormous supporting functions performed by other healthcare professionals, aided by remote technologies, providing care to the elderly in their homes and communities. Therefore, preparation for the shift in India should ensure that paramedical forces and the nursing community are at the forefront of leading the change. Despite certain implementation challenges, the Buurtzorg model, if implemented in India, will revolutionise the way healthcare functions in a country of 1.3 billion. 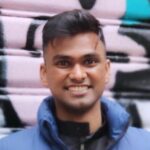 Puneeth Parimisetty is a Master of Public Policy dual degree candidate at the Hertie School in Berlin and The London School of Economics and Political Science in the UK. His areas of interest include Democratic Reforms, Development Economics, Social Impact, Health Care Reforms, and Education.