The proposed amendment to the Medical Termination of Pregnancy Act 1971 aims to give women safe, protected and choice-based abortions. But on closer examination, the Bill fails to be as progressive as it wants to be. Women still haven’t been given complete autonomy over their bodies.

The Medical Termination of Pregnancy Amendment Bill of 2020 proposes to amend the Act from 1971. Upon first glance, this Bill seems to cater to the demands of the 21st Century. But has the bill truly accounted for 50 years of change?

The Medical Termination of Pregnancy (MTP) Act,1971 enabled married women to legally terminate their foetus within 12 to 20 weeks. Under the guidance of one doctor (if the termination is within 12 weeks of pregnancy) and two doctors (if it exceeds 12, but is within 20 weeks), a woman shall be able to terminate her pregnancy citing reasons of rape, failure of contraception, unplanned pregnancy and pregnancy in minors (with the guardian’s consent).

According to the Lancet Global Health Study, 15.6 million abortions occurred in India in 2015, out of which 78 percent took place outside health facilities. The 1971 Act didn’t allow for unmarried women to avail termination of pregnancy. The 20-week upper limit also prevented many women from availing termination when it was needed for their health. Considering this data, the new 2020 Amendment Bill aims to give women safe, protected and choice-based abortions.

To do this, the Amendment Bill aims to bring about changes to specific clauses of the old Act. The Bill revises the term “married woman and her husband” to “woman and her partner”, thereby opening it up to unmarried women. Further, all pregnancies of up to 20 weeks can be terminated under the guidance of just one doctor, as against the earlier requirement of two.

In exceptional cases, pregnancies of over 20 weeks but within 24 weeks can also be terminated under the Act. These include cases where there is a serious risk to the life of the pregnant woman, injury to physical and mental health, a risk to the child, or injury in terms of physical and mental abnormalities. Other reasons permitted include failure of contraception (intended for family planning) and pregnancies due to rape.

The Bill sets up a medical board at the state level, constituting a gynaecologist, a paediatrician, a radiologist or sonologist, and any other members as may be notified by the state government. The board’s duties shall be to assess the termination of pregnancy in cases of foetal abnormalities beyond 24 weeks. Revealing the name of the woman is restricted to a person authorised by law.

Yet, on closer examination, the policy appears to fail in being the progressive change that women wanted. Women still haven’t been given complete autonomy over their bodies – or complete choice over the termination of their pregnancy. While the term ‘woman and her partner’ is progressive, we still reduce the woman’s role in society to a relational one. This fuels the stigma that is persistent around us, where women aren’t allowed to make their own decisions.

In a country where half the pregnancies are unintended, there have been several cases where women were denied their right to birth control without the permission of their husband. Pharmacies refuse to stock up emergency contraceptive pills due to this very stigma.

A relational role reduces the woman’s choices and autonomy over her own body. This clause also invalidates the single mothers and sex workers of our country. Further, the term ‘women’ fails to acknowledge transgender women and intersex people.

Motherhood is still seen as the default option for women. Reasons for termination is limited to rape, foetal abnormalities and family planning. Failure of contraception is cited as another reason for termination, but there is no provision for choice-based abortion. This makes the Bill look like a population control measure.

The Bill also mentions that only a specialised gynaecologist can prescribe termination of pregnancy. This will only further impact marginalised groups, who already suffer from barriers to access to healthcare. Most healthcare centres in rural areas do not facilitate consultation with a specialised doctor. Despite 71 percent of the country being rural, the proportion of doctors and nurses in rural areas is 34 percent and 33 percent respectively. In community health centres, there is a shortage in gynaecologists by 76 percent.

The concept of a specialised doctor allowing termination stems from the traditions of the 1970s. Back then, dilation and curettage (D&C) was the method used to terminate pregnancies. This surgical method needed the doctor to be highly skilled in surgery, for it required them to insert a rod in the uterus to scrape the lining and remove the uterine contents carefully.

Advancements in technology have revolutionised healthcare, and today, we can rely on Medical Methods of Abortion (MMA). A cost-effective and easily administered method of abortion involves two medicines being consumed orally. This allows AYUSH practitioners and nurses to take up the responsibility of termination, especially in inaccessible areas and where there is a lack of proper healthcare facilities (in terms of surgery).

The setting up of the board of members pushes the urban-rural divide far apart, for there are several places that still lack proper healthcare services. A woman would have to travel (in her extreme condition) to seek an abortion in front of the board. Bureaucracy adds to their woes, as the people have to wait for the medical board hearing. These hearings take a hefty amount of time, forcing women to undergo a lot of mental health issues and possible physical injury.

Another discrepancy in the law regards its perception of minors. While a minor can terminate their pregnancy with the consent of a guardian, sexual intercourse with a minor is considered rape. The Protection of Children from Sexual Offences (POCSO) Act of 2012, amended in 2019, makes it compulsory for doctors to report the case to the police. This is in direct contradiction to the rules of the MTP Amendment Bill, which says that the person’s identity shall be kept confidential, except from those authorised by law.

While the new amendment in the Medical Termination of Pregnancy Act is welcome, we mustn’t be complacent. Abortion remains inaccessible to millions and remains unsafe. As we try to close the gap around the taboo of intercourse in our country, we should realise that there is still a long way to go. 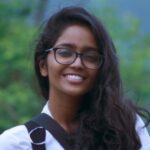 Parvathi Sajiv Kumar is a journalism student and a passionate feminist. She works as a freelance writer. With an active interest in research, she loves reading about social psychology and its impact, among other subjects.