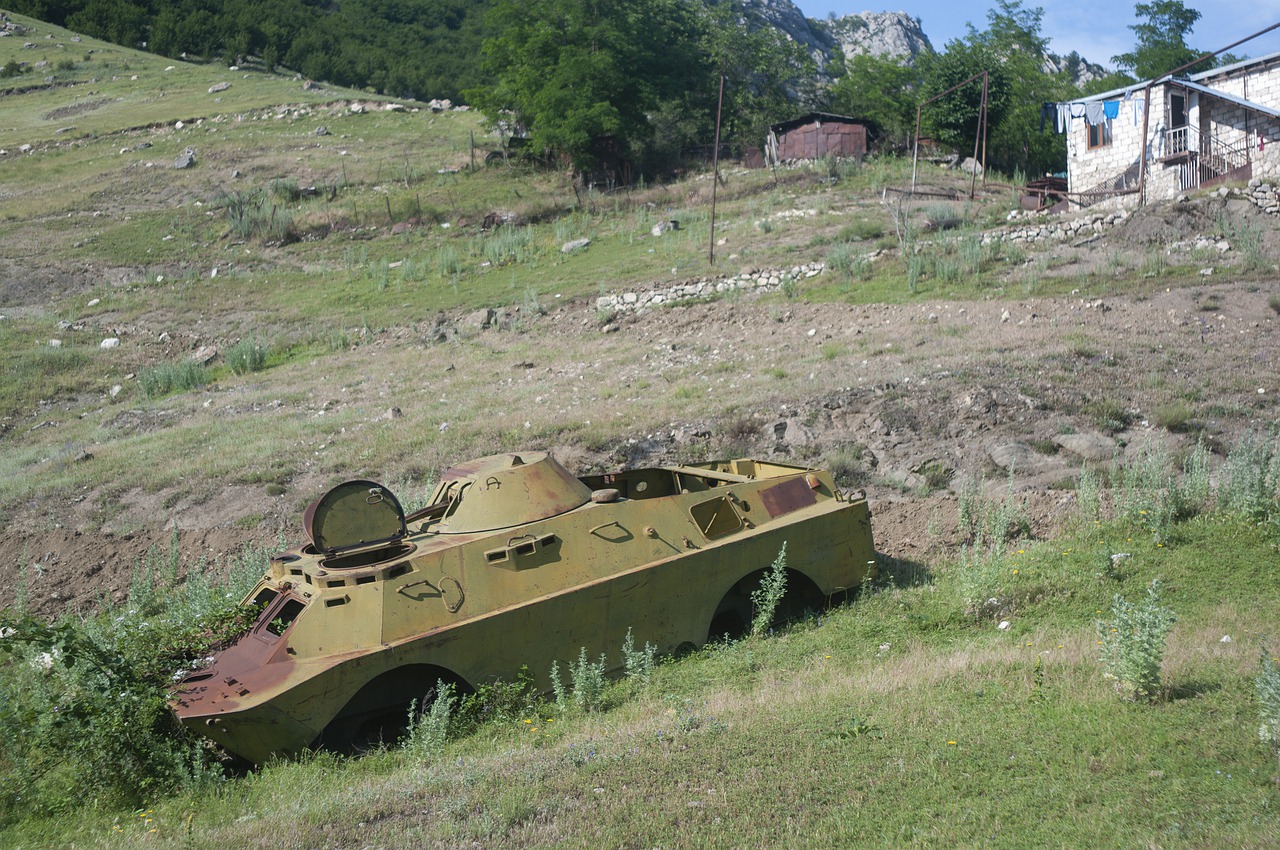 Armenia’s attack on Azerbaijani territory in 2020 was not only an assault on Azerbaijan but also on European and Asian energy security. The world has remained neutral in the face of this most recent Armenian aggression, creating a dangerous global precedent and eroding trust in global institutions.

The Nagorno-Karabakh region in the South Caucasus region has been ablaze in recent days, but the region saw its first war between Azerbaijan and Armenia from 1988 to 1994. The conflict ended when Russia brokered a ceasefire.

As a newly independent country with little national experience, suffering a dire economic situation and lack of political support, Azerbaijan lost the war: 20 percent of its territory was lost to Armenian occupation after the war of the 1990s. In addition to the Nagorno-Karabakh region (which does not share a border with Armenia), seven surrounding regions were also occupied by Armenian armed forces to create a buffer zone and establish land connectivity to Armenia.

The UN Security Council adopted four resolutions – 822, 853, 874 and 884 – condemning the occupation and demanding immediate withdrawal of occupying troops from the internationally-recognised territory of Azerbaijan. The Non-Aligned Movement (NAM), of which Azerbaijan became a member in 2011, also recognised the territorial integrity of Azerbaijan.

Negotiations for peaceful resolution of the conflict have been mediated by the Organisation for Security and Cooperation (OSCE) Minsk Group, created in 1992 and chaired by Russia, France and the United States. Fear of breaching these internationally accepted legal norms regarding Azerbaijan’s territorial integrity has resulted in no country, including Armenia, recognising the independence of Nagorno-Karabakh.

In the aftermath of the war between 1988 and 1994, Armenia indulged in the ethnic cleansing of its newly occupied regions – purging them of all non-Armenian ethnic groups, especially Azerbaijanis. In the town of Khojaly, which Armenian forces occupied in February 1992, over 600 civilians were massacred, including those fleeing the tyranny. Many froze to death while wandering the mountains in their quest to reach safety. Azerbaijanis living in Armenia were also expelled, beginning from 1988.

As a consequence of the mass massacres, until after the recent skirmishes in 2020, Nagorno-Karabakh was run solely by ethnic Armenians, resulting in the region becoming an Armenian enclave within Azerbaijani territory.

Since its inception in 1918, Azerbaijan has been a secular country – and one of the first in the world to grant women equal rights. It is also a multicultural country with a plethora of different ethnicities and religions living together: The biggest compact settlement of Jews outside Israel is located in Azerbaijan in the all-Jewish town Red Settlement. In addition, there are at least 30,000 ethnic Armenians living in Azerbaijan. On the other hand, Armenia is a monoethnic country.

Azerbaijan has attempted to negotiate a peaceful resolution to the conflict and restoration of its territorial integrity for 26 long years.

But in May 2020, Armenian prime minister Nikol Pashinyan attended the inauguration ceremony of Arayik Harutyunyan – the recently-elected president of the self-proclaimed independent territory of Nagorno-Karabakh.

Such is the vital role that Azerbaijan plays in energy security in the region that Israel receives around 40 percent of its oil needs from Azerbaijan. Israel, one of Azerbaijan’s earliest strategic partners, aimed to become an extension of the energy corridor – to transport Central Asian and Azerbaijani energy resources to important markets in Asia, such as India and China.

Since September 2020, Armenian forces have also shelled civilian areas deep into Azerbaijan, such as Ganja – Azerbaijan’s second largest city (see Map 1) – Barda, Kurdemir and Mingachevir. The entire war has taken place on Azerbaijani territory with no fighting at all in Armenia.

Erosion of Trust in the International System

Despite international recognition of Nagorno-Karabakh and the seven surrounding regions as Azerbaijani territory, the international community has allowed the occupation to persist.

To make matters worse, Armenia decided to expand these territories by attacking Tovuz in June 2020 and began changing the status quo further in its favour with the September 2020 war. This strategy was evident as early as April 2019: While meeting with the Armenian diaspora in New York that month, the Armenian defence minister Davit Tonoyan said that in the event of a new war, his country will seize new territories. “I, as the Defence Minister [of Armenia], say that the option of return of ‘territories for peace’ will no longer exist,” he said.

The world and its international institutions have remained neutral in the face of this most recent Armenian aggression, potentially creating a dangerous global precedent and exacerbating mistrust towards the international legal norms that have been preventing wars for decades.

The case of the Nagorno-Karabakh war illustrates how the international system does not always guarantee security and often selectively implements international laws. The end result could be a precarious one, where other states follow Armenia’s example and take things into their own hands, resulting in violence and unilateral aggression. This danger could be averted if the international community took efforts to – at the very least – make the right statements and set just and fair discourse.

Since gaining independence from the Soviet Union in 1991, Azerbaijan has become one of the strongest economies in the region. According to the European Union’s Eastern Partnership (EaP) Index: “Azerbaijan scores the highest among the EaP countries on sustainable development… According to the World Bank, Azerbaijan entered the top three in the Europe and Central Asia region in the Global Doing Business 2018 rating… Azerbaijan ranked third among emerging economies in WEF’s annual Inclusive Development Index 2018.”

The Azerbaijani government has on numerous occasions offered to include Armenia in its regional economic projects, provided that the Armenian army withdraws from its territories. But the occupation has hindered Armenia’s inclusion in a number of regional economic projects, thereby strongly impacting the economic development of that country. These projects not only relate to energy, but also other spheres, such as projects involving information and internet connectivity between Asia and Europe, linking South East Asia, India, Central Asia, Azerbaijan, Georgia and Turkey with Europe through fibre optic cables.

Armenia also has the chance to partake in these important projects to boost its own economic development – provided it rethinks the occupation of its neighbour’s land.

As a consequence of the ceasefire signed between Armenia and Azerbaijan on 9 November, brokered by Russian president Vladimir Putin, Armenians have to leave each of the occupied regions based on specific deadlines (this does not apply to Armenians who were already living in the occupied areas prior to the first Nagorno-Karabakh war). Other former residents of the occupied regions, who were internally-displaced persons for 26 years, will also be able to return back to their homes.

In the Kalbajar region, extra time was granted for vacating due to winter weather. But the departing Armenians burnt down their homes and forests, cut down trees and left corpses of slaughtered animals in order to make the land uninhabitable for Azerbaijanis. Kalbajar was a predominantly non-Armenian region, so the houses that are being burnt previously belonged to non-Armenians.

For a smooth transition to a new reality and coexistence, Russian peacekeeping troops will be stationed along the contact line for a period of five years, with an automatic extension to another five years if no parties object to this.

Yet, despite the agreement, much of the Armenian population does not yet agree with these terms and Armenians overseas are trying to push resolutions through the parliaments of other countries in support of its position. It’s important that the international community acts to ensure Azerbaijan’s territorial integrity for the sake of regional and international energy security and economic growth. 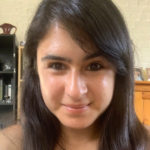 Aynur Bashirova is a PhD student from ULB, Belgium, researching the development of Israel's relations with Azerbaijan, 1991-2018. She is a supervisor at the Turkish Industry and Business Association (TUSIAD) and a member of Recherche et Etudes en Politique Internationale (REPI). In 2017, she was a research fellow at Rubin Center (IDC Herzliya), Israel. In 2013, she functioned as a researcher at the Royal Higher Institute for Defense (RHID) in Brussels. She has also been an intern at the European Parliament in 2014 and Council of Europe in 2010 and an assistant at Centre d’Etude de la Vie Politique (CEVIPOL). She has been published widely on the South Caucasus and Israel.