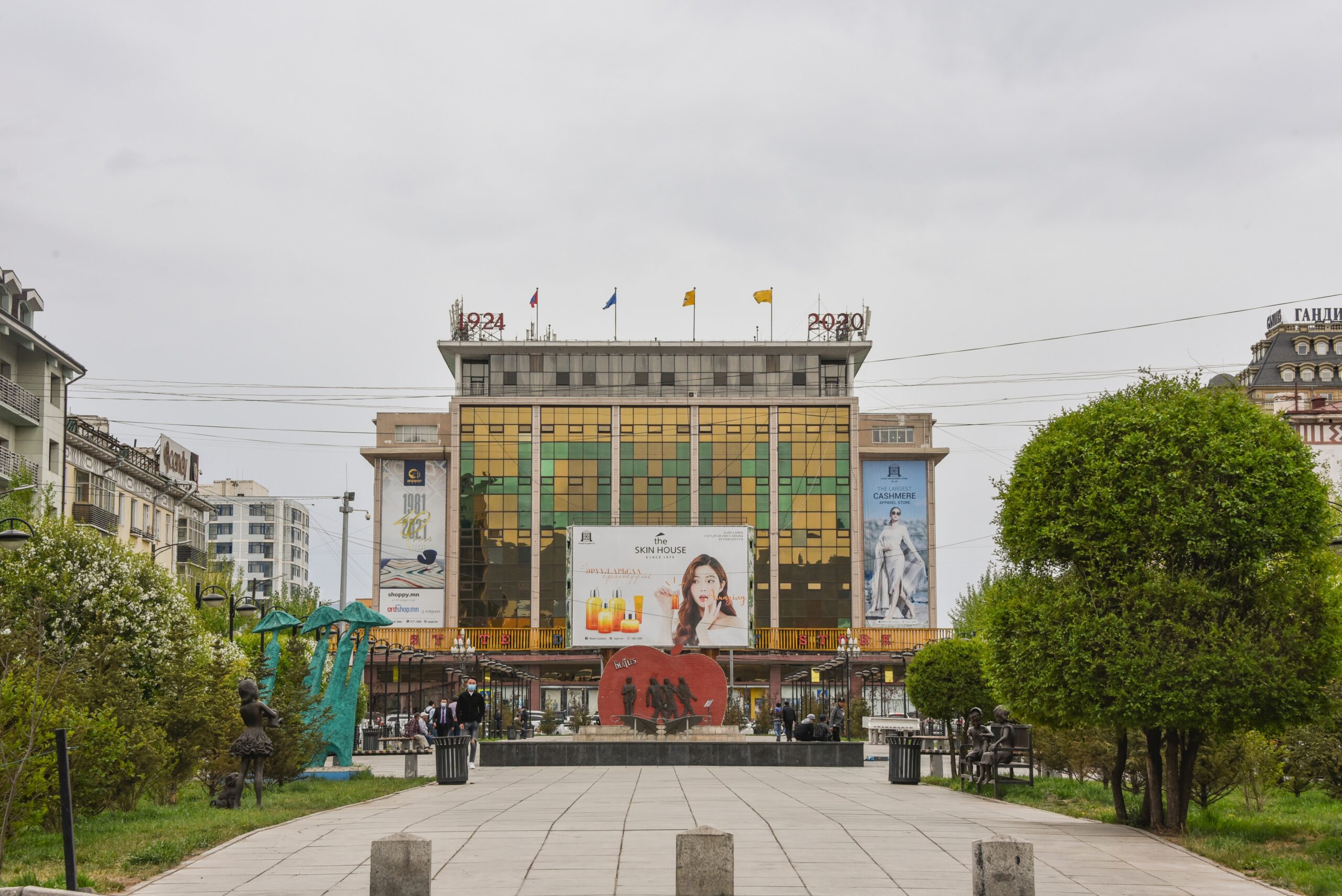 China and Russia have long exercised outsized influence over Mongolian affairs. But under Mongolia’s ‘third neighbour’ policy, India has an opportunity to help Mongolia balance China. In return, India will gain crucial access to Mongolian energy reserves and leverage against China in its sphere of influence.

China considers the Dalai Lama a separatist figure and a threat to the country’s territorial integrity, and therefore often threatens retaliatory action against any country that accepts a meeting with him. Subsequently, the Mongolian government was forced to apologise to Chinese authorities: “Under this current government, the Dalai Lama will not be invited to Mongolia, even for religious reasons,” the then foreign minister Tsend Munkh-Orgil said.

Fast forward to June 2020. Mongolian voters lined up at polling stations across the country to cast their ballot in the parliamentary elections. The same day, a military parade was held in Moscow to commemorate the 75th anniversary of the end of the Second World War. The Mongolian National Broadcaster (MNB) chose not to broadcast the ceremony, despite the participation of a small contingent of Mongolian soldiers in the parade, in order to “prevent any voter bias on election day”. Russian authorities reacted fast: The Russian Embassy in Ulaanbaatar lashed out at the MNB’s “aberration of vision” and subservience to Western interests.

These examples illustrate the outsized influence of China and Russia on Mongolian affairs, and the limited room for geopolitical manoeuvre that Mongolia holds as a result. Mongolia’s every action is heavily scrutinised by Beijing and Moscow.

Mongolia, eager to portray the image of a neutral stakeholder, has joined neither and settled for observer status at the SCO. The fact that the SCO is perceived in some Western capitals as an ‘anti-NATO alliance’ adds to Mongolia’s reticence, considering the country’s long history of military cooperation with NATO – not least its contributions to the International Security Assistance Force (ISAF) Mission in Afghanistan.

Furthermore, Mongolia wishes to project and protect its image as a platform for dialogue. Every year since 2013, it has convened the Ulaanbaatar Dialogue (UBD) – a Track 1.5 level forum for officials and academics – on Northeast Asian security.

In addition to its geographical location – sandwiched between two giants in the Eurasian space, further adding to Mongolia’s foreign policy constraints – is its landlocked geography, small population of 3 million people, insufficient economic diversification, and a high risk of external public debt distress.

Mongolia has pursued a policy of equidistance between Moscow and Beijing, while actively pursuing a ‘third neighbour’ strategy through which “bilateral and multilateral cooperation with highly developed democracies in political, economic, cultural and humanitarian affairs shall be undertaken” – according to the country’s National Security Concept.

The ‘third neighbour’ policy enjoys wide acceptance across the Mongolian political spectrum as it is considered important to Mongolia’s survival as a democratic state in a highly authoritarian region. In fact, Mongolia ranked 61st out of 167 countries in the 2020 Democracy Index compiled by The Economist Intelligence Unit.

Yet, there is more than meets the eye. Under Prime Minister Narendra Modi, India-Mongolia relations have undergone a paradigm shift. In 2015, Modi became the first sitting Indian prime minister to visit Mongolia, elevating bilateral relations to the level of strategic partnership, and making India one amongst only five countries with which Mongolia has a strategic partnership.

Relations between India and Mongolia are largely contextualised in terms of historical civilisational and religious linkages, intrinsically connected to the shared Buddhist heritage of the two nations. As the late external affairs minister Sushma Swaraj put eloquently on her visit to Mongolia in 2018, “Buddhism has been a great connector of civilisations since millennia. In our engagement with Mongolia, we are also revitalising Buddhism as a strong symbol of our civilisational connection transcending into modern times.” In the same vein, upon the arrival of made-in-India COVID-19 vaccines in Mongolia this February, current external affairs minister Subrahmanyam Jaishankar tweeted, “Caring for a spiritual neighbour.”

After decades of religious repression when Mongolia was part of the Soviet Union (from 1921 to 1992), Buddhism is currently experiencing a revival in Mongolia. Simultaneously, the Modi government is leveraging India’s historical associations with the Buddhist faith in the conduct of its foreign policy. Even if Buddhists constitute less than 1 percent of the Indian population, India is home to some of Buddhism’s most important pilgrimage centres like Bodh Gaya, Sarnath and Nalanda; and it hosts the Dalai Lama – the head of Tibetan Buddhism – in the city of Dharamshala.

On the economic front, Mongolia is the beneficiary of India’s largest project under its Lines of Credit (LoC) programme outside the immediate neighbourhood. Although Mongolia has enough crude oil-producing capacity, most of this is exported and all of its finished petrochemical products are imported.

Through this project, worth over $1 billion, India is helping Mongolia build its first petrochemical refinery, thereby helping to increase Mongolia’s self-sufficiency, reduce its fuel import dependence, decrease exposure to volatile international oil prices and strengthen energy security. Upon its completion, scheduled for 2022, it will be capable of refining 1.5 million metric tonnes crude per year – small by international standards but able to meet the equivalent of roughly 75 percent of Mongolia’s yearly oil consumption.

Besides, once it becomes operational, Mongolian engineers and technicians working at the refinery will train under the Indian Technical and Economic Cooperation Programme (ITEC), through which over 3,500 Mongolian professionals have been trained in fields as diverse as IT, Fintech, banking management, since its inception three decades ago.

Of course, this project is not just an act of selflessness – in return, India is expected to gain greater access to Mongolia’s substantial but largely unexploited mineral supplies, particularly its large uranium reserves, which would benefit India well in its future energy strategy that focuses heavily on nuclear power.

In the context of Mongolia’s quest for a greener economy, as outlined in the country’s Long-Term Development Policy Vision 2050, the development of renewables and – in particular – solar energy also offer promising avenues for cooperation, especially given that Mongolia enjoys on average 250 sunny days a year.

Mongolia has recently benefitted from the universalization of the International Solar Alliance (ISA) membership, co-initiated by India and France during the COP21 Climate Summit in Paris in 2015.

The ISA has a stated aim to contribute to the implementation of the Paris climate agreement through the deployment of solar energy. However, in its first years of existence, membership was restricted to countries located – fully or partly – between the Tropics of Cancer and Capricorn, making Mongolia ineligible. Following the 2020 amendments to the ISA Framework Agreement, which expanded the geographical scope of membership to all United Nations member states regardless of location, Mongolia stated its intention to join. Indian know-how and expertise in this field will certainly be of value in Mongolia’s strategy to increase the share of renewables in its energy mix.

In the broader realm of international affairs and security, both sides actively support the reform of the United Nations system towards making it more representative and reflective of the realities of 21st-century international politics. In addition, Mongolia has publicly reiterated its support for India’s aspirations for a permanent seat in the UN Security Council.

Both countries are further bound by their long tradition of contributing to UN peacekeeping operations around the globe. India is the largest cumulative troop contributor to UN peacekeeping, and Mongolia prides itself on the fact that it contributes more UN peacekeepers per capita than any other country in the world. In addition to their bilateral ‘Nomadic Elephant’ annual exercises, representatives from the Indian armed forces regularly participate in the annual multinational peacekeeping exercise ‘Khaan Quest’ in Mongolia – the only exercise that has brought together the Chinese People’s Liberation Army alongside the militaries of the United States, Japan, South Korea and NATO countries.

Ties between India and Mongolia will remain limited by geography as well as the capabilities and priorities of both countries. While Mongolian foreign policy will continue to be overwhelmingly influenced by Moscow and Beijing, we should not relegate Mongolia’s ‘third neighbour’ policy to the realm of geopolitical wishful thinking. Seeking engagement beyond the immediate region, and in particular, with countries with democratic credentials such as India gives Mongolia much-needed strategic breathing space. For its part, India’s outreach to Mongolia gives it increasing albeit limited leverage vis-à-vis China in its own sphere of influence. 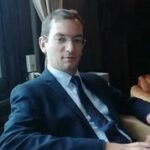 Alberto Turkstra is Associate Researcher at Brussels-based think tank European Institute for Asian Studies (EIAS), where he focuses on Central Asia, and Project Manager at Diplomatic World Institute. He has also worked at the European Commission's Directorate-General DEVCO as Blue Book Trainee and then as Cooperation Officer for Yemen and Turkmenistan. He has lived and studied in seven countries.