When the National Emergency was proclaimed in 1975, Nani Palkhivala was representing the then Prime Minister Indira Gandhi in her appeal against the Allahabad High Court’s order, which nullified her election to Parliament. The very next day, Palkhivala wrote to the then law minister informing him about his decision to withdraw from representing the prime minister in her appeal – an act that many would have refrained from doing, given that every dissenting act was accompanied by heavy repercussions.

Who was this valiant man? He was the face of the principles of the Constitution for over four decades.

Nani Ardeshir Palkhivala was born on 16 January 1920 and was brought up in Bombay (now Mumbai) by his parents, Ardeshir and Sheroo, who ran laundry services. Despite having limited resources, Palkhivala always had a knack for reading and he did well in his school-leaving examination. He went on to complete BA and MA in English literature.

In spite of his father’s early advice for him to pursue law, it was only after Palkhivala failed to sit for the Indian Civil Services exam that he decided to take up law. He completed his law degree from Government Law College, Bombay.

History shows us that all great persons had to first fight a personal battle before conquering the world. Palkhivala had a bad stammer. He overcame this obstacle and went on to advocate vociferously for the ethos of the Constitution for over four decades.

Palkhivala and the Constitution

Nani Palkhivala started his legal career in the chambers of Sir Jamshedji Kanga in 1944. Surrounded by legal luminaries like CK Daphtary and MC Setalvad (first and the longest-serving attorney general of India) at the Bombay High Court, Palkhivala got ample opportunities to polish his skills and carve a name for himself at the Bar.

At the outset, Palkhivala was better known for his expertise in tax laws. In 1961, he joined the Tata Group and even served as its director later in his life. But his contributions to the nation while appearing on constitutional matters are unparalleled. In an era of continuous onslaught on the Constitution by the legislative arm of the Indian government, Palkhivala stood for the values enshrined in the Constitution.

His first important appearance in a landmark case was in RC Cooper v. Union of India in 1970. The then prime minister, Indira Gandhi, inspired by socialist ideas, nationalised 14 banks through an ordinance. The Supreme Court upheld the constitutional validity of the ordinance.

However, Palkhivala’s presence played a huge role and the Court made an important observation that the various fundamental rights were not “mutually exclusive” (contrary to what it held in AK Gopalan v. State of Madras in 1950).

The Court earlier was of the view that the fundamental rights were not interdependent: If a person was detained under Article 22 of the Constitution, he could not claim it to be a violation of his Right to Life, i.e. Article 21. All the rights were to be read separately. But with Palkhivala’s interventions, the Court rightly overruled this. This was a breakthrough development in the interpretation of the scope of fundamental rights in India.

In what is still remembered far and wide as a constitutional betrayal, President VV Giri, on 6 September 1970, signed a Presidential Order derecognising the princes (rulers of princely states that integrated with India), thus abolishing privy purses. Privy purses were the annual allowance paid to the rulers of the erstwhile princely states who had agreed to accede to the Dominion of India. It was a tax-free allowance mandated by the Constitution of India.

The constitutionality of the order was challenged before the Supreme Court and Palkhivala appeared for the petitioner (Maharaja of Gwalior and several other rulers in Madhav Rao Scindia v. Union of India). Palkhivala argued his soul out to protect the constitutionally guaranteed grants to the rulers. He contended that taking away the recognition of the rulers meant taking away their property itself. The government sought to do with the help of the Presidential Order what it wasn’t able to do through Parliament.

The Supreme Court, swayed by his submissions, deemed the Order as unconstitutional by a majority of seven to two. However, this victory lasted only for a while, as the Parliament amended the Constitution in 1971 and discontinued the privy purses forever.

Acting on behalf of generations to come, Nani Palkhivala was at his peak in Kesavananda Bharati v. State of Kerala in 1973. The decades-long power struggle between the judiciary and the legislature was at its zenith. There was a wide range of questions before the constitutional bench of 13 judges. There is no understating the importance of this judgement: The bench formulated its ‘basic structure’ doctrine, which saved the basic structure of the Constitution from being destroyed and moulded by Parliament’s whims and fancies.

Palkhivala played a substantial role in the formulation of this doctrine. He challenged Parliament’s power to amend the Constitution under Article 368 of the Constitution. In one of his submissions he noted: “There are inherent and implied limitations on the amending power of Parliament. They debar Parliament from destroying or altering the basic or essential features of the Constitution.”

On 16 January, the nation celebrates Palkhivala’s birth anniversary. It’s hard to imagine the fate of the Indian Constitution and the nation, had the ‘basic structure’ doctrine not been formulated in 1973.

One can only admire Palkhivala’s meteoric rise in the legal fraternity, even though he was a first-generation lawyer. The obvious reason was his simplicity. He made the most of all the opportunities that came his way. In his own words, “God pays, but not every week.” His dedication to the job and his no-nonsense attitude is a major takeaway for everyone of any generation. He did all the basic things right and stood for whatever was right, irrespective of the might of the opposition he faced – a character very scarce in recent times.

Today, the Parliament is as strong as it was during Prime Minister Indira Gandhi’s reign. A strong Parliament is bound to have desires and incentives to act beyond the powers enshrined in the Constitution. Under the circumstances, Nani Palkhivala is deeply missed. 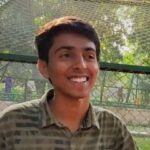 Anmol Yadav is a student of law at the Faculty of Law, Banaras Hindu University. He has a profound interest in the Indian constitution and its salient features.