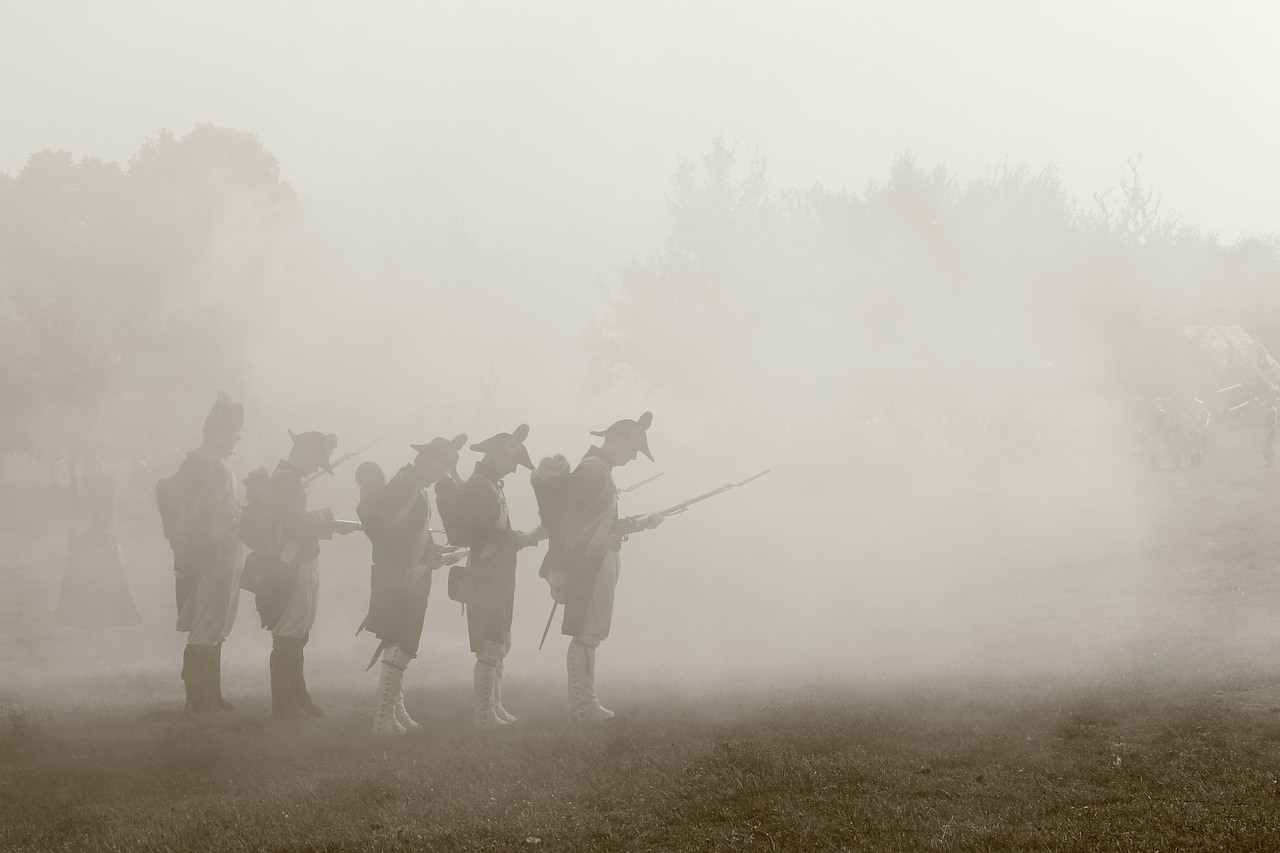 Repeated conflicts with Catholic France, culminating in Napoleon, forced or forged together a British Protestant social-political union, subsuming sub-national identities like the Scottish, the Welsh and the English. Indian history is also ridden with such inconvenient conflicts, which Indians must transcend.

Novak Djokovic has been in the news of late, although not for the best of reasons. However, since reading a recent piece by cricket presenter, Vikram Sathaye, I have come to explore a different side of this tennis great – something we could all draw lessons from. Sathaye writes about how Djokovic has more than once acknowledged his indebtedness to his rivals, Roger Federer and Rafael Nadal, for “pushing him to the extremes to bring out the best in himself on the court, provoking his entire lifestyle to change in the pursuit of history and excellence.”

Indeed, post his Wimbledon win last July, Djokovic didn’t shy away from showering, in no uncertain terms, a tribute the kinds of which we seldom encounter in the acerbic world of competition: “I have to pay a great tribute to Rafa [Nadal] and Roger [Federer]. They are legends of our sport and they are the two most important players that I’ve ever faced in my career. They are I think the reason that I am where I am today. They have helped me realise what I need to do in order to improve get stronger mentally, physically, tactically.”

This curiously reminds me of my maiden visit, a few years ago, to the Trafalgar Square in London. No monument has inspired in me the kind of awe I experienced as I, for the first time, beheld the sight of this Square from an artistic perspective. Nelson’s Column, the pièce de résistance of British naval history, rises up in glory, towering above the bronze lions eternally roaring to us the gallantry of their greatest soldier. The Admiral stands tall and sombre, overlooking the magnificent pillars of the National Gallery – a neoclassical wonder spreading its marble wings into the Square Mile. The sheer expanse and scope of this site sing of the dream of an empire, unlike any dream that empires had dared to dream before.

This giant Square commemorates the British naval victory at the Battle of Trafalgar, fought off Cape Trafalgar in 1805. The battle not only established British naval supremacy but, more importantly, secured Britain from a potential Napoleonic invasion. Such a mortal threat was Napoleon that the British had to ally with the Prussians, the Austrians and the Russians to contain his expansionist campaign across Europe.

Napoleon, who lost only seven of the 60 battles he fought, has been called by military historians as arguably the greatest military leader in history. For nearly a quarter of a century, he challenged Britain across the globe. So, the defeat of the Napoleonic navy at the hands of British Admiral Horatio Nelson’s fleet at Trafalgar was the climactic moment of the British Empire on its march to global hegemony.

Therefore, as much as it commemorates Nelson’s sacrifice (he was shot dead by a French musketeer during the battle), the Trafalgar Square is a tribute to Napoleon himself. A sworn enemy he might have been, but not unlike how Federer and Nadal pushed Djokovic to the limit to bring out the best in himself, Napoleon too pushed Britain to bring out its best.

Fear of a Napoleonic invasion of Britain brought about substantial shifts in British social psychology. Historian Linda Colley has even gone so far as to argue that the very nation of the British was forged in response to the Napoleonic threat. She narrates how repeated conflicts with Catholic France, culminating in Napoleon, forced or forged together a British Protestant social-political union, subsuming sub-national identities like the Scottish, the Welsh and the English.

It is hence no surprise that the most popular national icons who endure in the British imagination had something or the other to do with Napoleon. Three of JMW Turner’s most famous paintings, The Battle of Trafalgar (1807), The Fighting Temeraire (1838) and War. The Exile and the Rock Limpet (1842), all have Napoleon or the Napoleonic Wars as their theme. Charlotte Bronte, one of the most celebrated writers of her time, was born in the year of the Battle of Waterloo. Her story, Napoleon and the Spectre, captures the mood of those times. The Scottish writer, Walter Scott, published his nine-volume Life of Napoleon Buonaparte in 1827.

The intellectual trajectory of William Wordsworth, one of Britain’s greatest poets, was shaped by the rise and fall of Napoleon. He once wrote, “My soul was with those who were resolved to fight it out with Bonaparte.” And in Jane Austen’s works, too, literary critics have shown that the Napoleonic Wars and their effects are ever-present in the background. Such was the diffusion of Napoleon in the British social psyche that even the national heroes the nation sought inspiration from – Admiral Horatio Nelson and the Duke of Wellington – were known chiefly by their military successes against Napoleon.

Come 2022 and a Brexited and ‘Global’ Britain now finds it increasingly hard to retain that hard-forged ‘Napoleonic’ consensus of the United ‘British’ Kingdom. Inklings of secession have raised their ugly heads in Northern Ireland and Scotland. Tom McTague, writing for The Atlantic recently, minced no words in declaring that “the grim reality for Britain as it faces up to 2022 is that no other major power on Earth stands quite as close to its own dissolution.”

Against this background, the British consciousness may now finally come to acknowledge how great and intimate an enemy Napoleon Bonaparte was who – in his rivalry – helped them gather themselves. It was also perhaps this greatness that made Napoleon leave on his will a request for his mortal remains to be interred not in his dear France, but in the British soil of St. Helena.

The philosopher Hegel once saw Napoleon, riding through the streets of Jena on 13 October 1806. “I saw the world-spirit on horseback,” he wrote. This idea of the world-spirit is encapsulated best in the Hegelian conception of history. For Hegel, historical progress of the spirit was never smooth, but a dialectical struggle of the spirit at war with itself: “It has to overcome itself as its most formidable obstacle.” Regularity and conformity, for Hegel, existed only in the natural world. The world of the spirit – the world of history – was always conflicted.

In today’s age of extremes, nations and individuals continue to superimpose the conformity they encounter in nature on the historical-political universe, which, nevertheless, dwells in the realm of the spirit, and is thus ever-welcoming of différance. It is this mismatch between expectations and realities that leads societies down the path of tagging some actors as friends and some as enemies.

Be it Jinnah’s portraits adorning Indian public spaces or Netaji Subhas Chandra Bose’s association with the Axis powers, Indian history is necessarily ridden with such inconvenient conflicts. The task of the Indian state, then, is to help its citizens transcend the very idea of the ‘other’ and find, even in the enemy, that metaphorical brother in the same boat.

A great adversary is a rare gift. How many are as fortunate as Alexander or Akbar or Djokovic to have found in a Porus, a Maharana Pratap or a Federer, a worthy and intimate ‘enemy’? 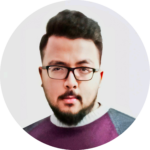 Aloy Buragohain is a graduate of IIT Madras and a native of Assam. Working across disciplines as diverse as science education, economics, history, and pop culture, he was previously Research Fellow in a European Union project in Germany and Research Scholar at the Tata Institute of Fundamental Research (TIFR), Mumbai. Recently, he won the Massachusetts Institute of Technology (MIT) Policy Hackathon.