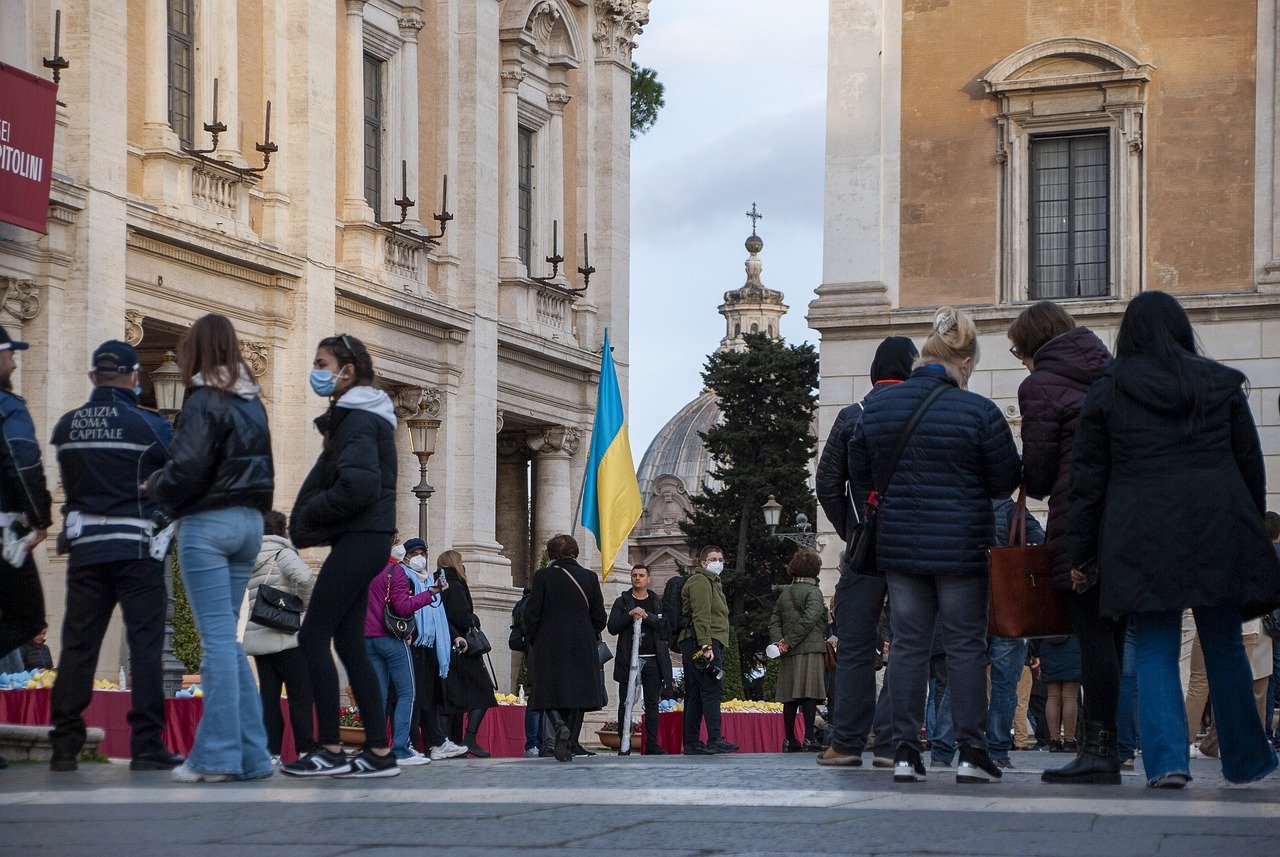 India’s military ties with Russia are already suffering. But in addition, India’s fence-sitting in Ukraine proves to Russia that it is not as reliable an ally as China, and to the West that it is not an ally at all. India ought to look within for what it stands for and what it hopes to achieve with its foreign influence.

Russia’s unwarranted invasion of Ukraine, although not sudden, has sent shockwaves around the world. At a time when world leaders are publicly condemning the aggression and enforcing tough sanctions against Moscow, India seems to be taking a more cautious approach to protect its deep military ties with Russia. Yet, although convenient for now, a Russia-first approach could jeopardise relations with the West and leave India more vulnerable to threats against its own territorial integrity.

So far, the U.S. has unleashed a package of significant sanctions to target Moscow’s banking, technology and aerospace sectors. Similarly, the European Union has announced plans to employ “the harshest package of sanctions” it has ever implemented, along with a freeze on Russian assets in the bloc and denying Russian banks access to European financial markets. Many Eastern European nations such as Poland, Hungary and Slovakia have — along with strong condemnation of Putin’s actions — pledged to assist Ukrainians during the current humanitarian crisis by welcoming in refugees.

Meanwhile, India has refrained from directly condemning the invasion. India’s permanent representative to the United Nations, Ambassador TS Tirumurti, explained that “India is deeply disturbed by the recent turn of developments in Ukraine”, but this failed to translate into a vote against Russia. Along with China and the United Arab Emirates, India abstained on a U.S.-sponsored UN Security Council resolution deploring the invasion.

On the first day of Ukraine’s full-scale invasion, Igor Polikha, Ukraine’s envoy to India, made desperate appeals to the Indian government: “We’re expecting that [Prime Minister Narendra] Modi ji will try and influence Putin somehow,” he said. Following this, Modi “appealed for an immediate cessation of violence in Ukraine” during a phone conversation with President Vladimir Putin of Russia, and suggested a “return to the path of diplomatic negotiations and dialogue”.

The prime minister’s requests, as it turns out, have landed on deaf ears, but this is as far as India is willing to push for now.

Military Ties Past Their Sell-By Date

India’s current dilemma is multi-faceted. The Indian government is anxious about getting on Putin’s wrong side and endangering its strong military ties with Russia — one of the biggest reasons for India’s silence on the invasion.

According to a 2021 U.S. Congressional Research Service Report, “Many analysts in India and beyond conclude that the Indian military cannot operate effectively without Russian-supplied equipment and will continue to rely on Russian weapons systems in the near and middle terms.”

Estimates suggest that over 50 percent of India’s military assets come from Russia, which explains the government’s apprehensions with commenting on the Ukraine crisis, especially at a time when a strong and well-equipped army is required to defend against China.

But sooner or later, India will have to diversify its arms supplies.

So far, the price competitiveness, as well as the familiarity of using Russian equipment, has prevented diversification. However, several defence officials are now concerned about whether the Russians will be capable of delivering the same standard of military supplies once the effects of global sanctions start to creep in. Former brigadier Rahul Bhonsle of the New Delhi-based Security Risks consultancy group recently argued, “With widespread sanctions enacted upon Moscow, its domestic defence industry will most definitely be severely degraded on multiple fronts, particularly with regard to meeting export orders to India.”

Besides, the arms trade between Russia and India is hardly perfect, and poor aftermarket support has even forced India to manufacture spare parts domestically, in order to continue buying from Russia.

The added danger of depending on China’s closest ally for arms during a potential clash is unsettling too. In a situation such as this, acting quickly to reduce dependence on Russian equipment would be the most sensible decision.

Which Ally Should India Trust?

Apart from India’s military dependence on Russia, however, there are other foreign policy elements to consider. In particular, there are fears that condemning Russia over Ukraine can drive Moscow closer to China.

India’s dilemma is such, however, that not condemning Russia could challenge India’s relations with the West and the so-called ‘Indo-Pacific NATO’ — the Quad consisting of the U.S., Australia, Japan and India, formed to deal with Chinese aggression. Eventually, India will have to decide which of its two blocs of allies can be trusted to come to its rescue if China decides to seriously challenge India’s territorial integrity.

Will the Russia-first approach pay off if China decides to invade Arunachal Pradesh or the Galwan Valley? As a matter of fact, Russia has closer ties with China than it has with India. To Moscow, Beijing is a much more strategically important ally in the fight against the U.S., and the China-Russia relationship has been bolstered by joint military exercises over the years. In fact, data estimates suggest that 77 percent of China’s total arms imports between 2016 and 2020 were from Russia. That figure was only 49 percent for India during the same time period.

Owing to this special bond with China, Russia could abandon India to protect its relations with China, just as India has so far neglected Ukraine to protect its ties with Russia. But even if Russia does respect its friendly relations with India, and tries to act as an intermediary between India and China, it would fail to solve the fundamental issues of the conflict. It is hard to imagine China changing its position over Arunachal Pradesh or Ladakh as a result of Russian mediation.

The failure of Russia’s faint attempts at mediation in the aftermath of the Galwan Valley skirmishes of 2020, and China’s continued claims on the territory, attest to the fact that foreign intervention is unlikely to solve the disputes with China. Ultimately, ignoring Ukraine’s sovereignty to ensure closeness with Russia, in the hopes of using the relationship as potential leverage against China, is almost futile for India.

If tensions between India and China do escalate, the Quad is more likely to support India on the international stage than Moscow. But the gap between India and the rest of the Quad is widening. The U.S., Japan and Australia have all condemned and imposed strict sanctions on Russia following the Ukraine invasion. India’s decision to avoid condemnation, therefore, could potentially strain its relationship with the Quad.

The ‘do-nothing’ approach is, hence, more dangerous than it seems at first glance. India would never publicly defend Russian interests like China has, thereby confirming to Putin that China is the closer of the two allies. Yet, by refusing to condemn the invasion, India also risks weakening its close strategic ties with the U.S.

Although External Affairs Minister S. Jaishankar has recently denied allegations of hypocrisy in India’s stance by suggesting that China’s claims on Indian territory are a very ”distinct” challenge, the parallels are clear to anyone willing to see. By not condemning Russia’s actions, India is not only failing as a global power but is also setting the wrong standards regarding the violation of state sovereignty and territorial integrity — something that can easily backfire in the future if the conflict with China escalates.

As a full-scale war becomes more imminent in Ukraine, any approach taken by the Indian government will end up as a turning point in India’s foreign policy. Strategically, there are several factors to consider, including the long-term sustainability of India’s dependence on Russian arms, the China problem and India’s relationship with the Quad. At this critical stage in world history, however, India mustn’t support or condemn Russia simply to please either Putin or the West; it should instead look within for what it stands for and what it hopes to achieve with its foreign influence.

The balancing act can only go on for so long and satisfies neither Russia nor the West. Ultimately, India must decide whether it wants to promote the values of democracy, multiculturalism and peace, or encourage a chaotic world order led by powerful authoritarian leaders who prey upon the sovereignty of their fellow states. 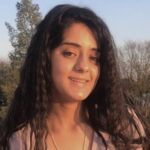