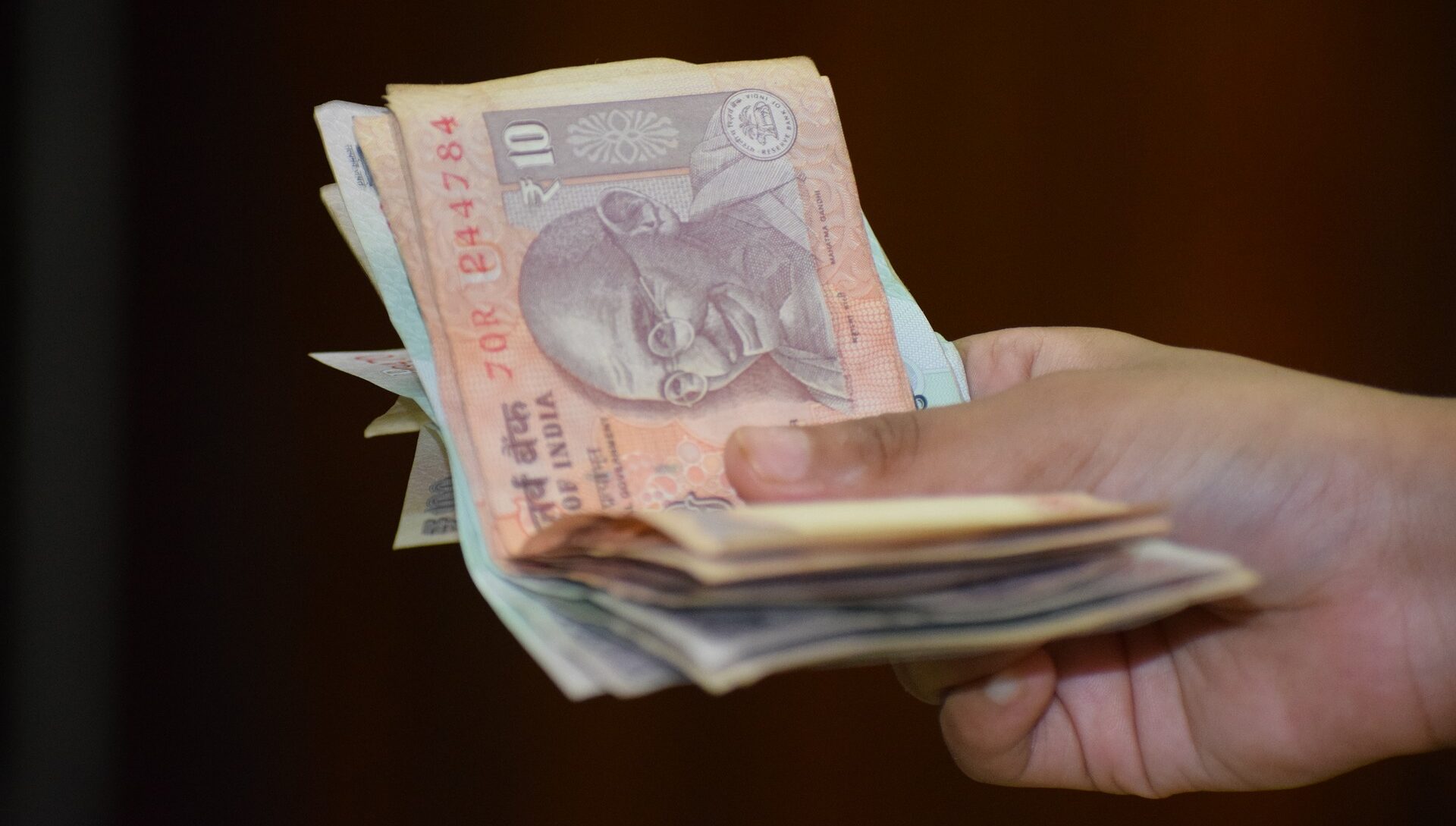 India Needs a Basic Income Scheme Instead of Welfare Subsidies

The coronavirus lockdown has reinforced the merits of a basic income scheme. But apart from alleviating distress, the replacement of wasteful subsidies by a basic income scheme would even be financially prudent. It would make economic reform more viable and the public sector more efficient.

As India entered a lockdown in late March in response to the coronavirus pandemic, the country was confronted with another crisis. Millions of migrant workers made their way home, walking hundreds of kilometres on foot, as the lockdown left them jobless and penniless. These images were representative of both poor planning in the short-term and the failure of governments to provide even the most basic form of financial security in the long-term.

The migrant worker crisis underlines the need for radical change in the welfare system – one that goes beyond the minor tweaks made by different governments over the years. The Indian economy needs a transformative basic income policy. In recent times, variations of such a policy were considered both by the 2016-17 Economic Survey and the Congress party. Both proposals were flawed, but still represented early steps towards a more enlightened welfare system – one that insulates the basic needs of the informal worker from the parasitic Indian bureaucracy.

Indeed, the biggest advantage of a basic income scheme is the simplicity of its implementation. India’s traditional welfare system has depended upon a dense network of schemes, most of which do not involve direct cash transfers. In almost all of these schemes, there are significant leakages which prevent the beneficiaries from receiving their full entitlement.

The most prominent among these is the Public Distribution System (PDS), which provides a fixed quantity of food and fuel at subsidized prices. Despite various alterations over the years, PDS continues to be highly inefficient. In 2018, David Coady and Delphine Prady pointed out in an IMF working paper that 36 percent of the total PDS allocation does not reach its final beneficiaries. Even more importantly, data from the 2011-12 National Sample Survey showed that approximately one-fifth of households in the poorest 40 percent of the population do not receive any subsidies – a result of corruption and low state capacity.

Overall, the PDS shows a wider administrative problem in the Indian welfare system. In his eye-opening analysis, economist Ajay Shah estimated that for every rupee that the Indian government spends on welfare, society incurs a cost of three rupees. This leakage is nothing less than an economic travesty – one that lessens the government’s fiscal room and deprives the poorest Indians of the most basic provisions.

A basic income scheme would alleviate these problems. Unlike PDS-style distribution systems, direct cash transfers are relatively easy to administer. This is especially true in the aftermath of the government’s efforts to link Jan Dhan accounts, Aadhar cards and Mobile numbers (JAM).

In fact, Jan Dhan accounts could serve as an effective preliminary form of ‘means-testing’ for a basic income scheme. As the average Jan Dhan account only has a deposit of Rs 2,853, it would not be a stretch to conclude that these account holders (below a certain deposit threshold) represent the most financially disadvantaged sections of society. After all, this was the principle behind the government’s decision to provide (a paltry) Rs 500 to every woman enrolled in the scheme as part of the recent fiscal stimulus. Indeed, this transfer could set a precedent for a future permanent basic income scheme.

A basic income scheme would serve as a safety net that insulates the poor from sudden drastic changes in income. The past six years have shown how low-income groups are the most adversely affected by economic crises, ranging from demonetisation to the current lockdown. This is supplemented by the nature of the informal economy (or even the formal gig economy) which breeds instability in employment. A basic income would alleviate the distress caused by the possible loss of employment income.

This is not necessarily true of the current welfare system. For example, during the coronavirus lockdown, migrant workers have struggled to receive food under PDS, because ration cards from one state are often not recognised in another. A basic income administered to every household Jan Dhan account would provide such workers with the disposable income to purchase basic necessities, even in the event of an economic shock.

Some scholars have expressed concerns against direct cash transfers, arguing that individuals may misuse the additional income. But this patronising view, emblematic of the Indian mai-baap state, is not supported by evidence. In one study by the World Bank, direct cash transfers in Latin America, Africa and Asia actually led to a decrease in alcohol and tobacco consumption around 82 percent of the time. This effect was even greater when cash transfer programs were targeted at women (as proposed here).

More importantly, a similar study in Madhya Pradesh showed that such unconditional cash transfers led to increased food security, a decrease in alcohol consumption and increased school attendance. This shows that low-income groups are actually far more adept at understanding their basic needs than policymakers. Moreover, as the 2016-17 Economic Survey perceptively points out, the current welfare system “inflicts an indignity upon the poor by assuming that they cannot take economic decisions relevant to their lives.” It is only humane to end that indignity and provide low-income groups with the relative economic freedom that is enjoyed by the middle and upper classes.

A basic income scheme will also help pull the Indian economy out of its current rut. Unemployment is already at a 45-year high and will only increase as India grapples with the repercussions of the coronavirus and a likely worldwide recession. But since low-income groups tend to spend more for each extra rupee earned, a basic income may be a more effective short-term stimulus than a tax cut for higher-income groups. The additional income could also help revitalise the rural consumer economy, which is at a seven-year low.

There are also other long-term benefits from a basic income scheme: The provision of financial security to low-income groups will provide the government with the political bandwidth for other much-needed reforms. Investors have long argued that India’s archaic labour laws are an impediment to investment and economic growth. However, attempts to reform labour laws have been met with resistance from trade unions because of the legitimate concern that these reforms may leave workers vulnerable. A basic income scheme would provide financial security to ordinary workers and also increase their bargaining power relative to their employers. Therefore, they would likely be more willing to endure the consequences of any substantive labour reform.

Furthermore, a basic income scheme would reduce and remove the political imperative for governments to maintain several irrelevant public sector jobs – many of which have been sustained only as a means of providing employment. In departments with bloated labour costs (such as the Armed Forces), this could greatly reduce fiscal expenditure. Moreover, according to the 2016-17 Economic Survey, the government spends an exorbitant amount of around 1.04 percent of GDP on subsidies that do not directly benefit low-income households. A replacement of such wasteful subsidies by a basic income scheme would be extremely financially prudent.

The exact nature of a basic income is certainly debatable. The Universal Basic Income (UBI) proposed by the Economic Survey in 2016-17 would likely be too expansive for a country with high levels of inequality. Meanwhile, NYAY’s coverage (of the poorest 20 percent) is likely too limited, considering that at least 60 percent of the population earns less than the Rs 72,000 proposed by the Congress. Instead, the provision of a smaller basic income to all female Jan Dhan account holders would benefit a huge portion of the Indian population, while still maintaining a degree of fiscal discipline.

But if Jan Dhan accounts are used to implement a basic income scheme, further reforms are needed to ensure that only the most needy beneficiaries receive assistance. As most bank accounts are already linked to Aadhar, the government could make the declaration of a bank statement compulsory for all Jan Dhan applicants with existing bank accounts.

On the other hand of the spectrum, the government would also need to ensure that the transition to basic income does not disadvantage the 190 million people who still do not have a bank account, according to a 2017 World Bank estimate. While this number has undoubtedly decreased (around 80 million Jan Dhan accounts have been opened since then), a gradual transition to basic income would be necessary to ensure that all low-income individuals have access to assistance before other welfare programs are phased out.

Since liberalisation, policymakers have preached about the supposed synergy between the public and private sectors. But many policies (such as demonetisation) have only enabled the worst instincts of both, strengthening the coercive state and enriching crony capitalists. The current migrant worker crisis emphasises the need to combine market and state more efficiently and equitably. It is time for a basic income scheme – one that merges the noble redistributive intent of socialism with the efficiency of the free market. 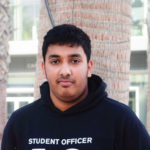 Abhyudaya Tyagi is a student at New York University Abu Dhabi, majoring in Economics and Political Science. He is particularly interested in social movements, democracy, development economics and trade policy.